Marnus Labuschagne got a huge reprieve as he went on to register yet another half-century against New Zealand at the SCG on Monday. He went on to score 59

Marnus Labuschagne is having a dream run in red-ball cricket in the past three-Test series. It all started when he had made his debut as a concussion replacement during Ashes 2019 against arch-rivals England and has since then gone on to showcase stellar performances against Pakistan and New Zealand respectively.

The youngster has performed outstandingly well with the bat against the Trans-Tasman rivals as well. However, he had got lucky during the second innings of the third Test at the SCG.

WATCH: Patt Cummins castles Ross Taylor with an absolute peach of a delivery on Day 4

Marnus Labuschagne gets a reprieve, goes on to score a fifty

Lady luck smiled on Labuschagne when he was batting on 4 during the fourth day of the final Test match on Monday. This had happened in the 32nd over of the Australian second innings which was bowled by Todd Astle.

On the third delivery of that over, Astle had pitched one around middle and off stump as Labuschagne attempted to drive the ball through the covers. The ball took the leading edge of his bat and at one point, it seemed that it would be an easy return catch for the bowler. Unfortunately for New Zealand, an already alert Astle who had moved towards his right instantly could not hold on to the ball and dropped a sitter.

''Oh! dropped him. Can you believe it? Oh no and its Labuschagne.No no no. Well, as far as caught & bowls come we saw Nathan Lyon drop a couple yesterday. This is as easy as they come'', said the commentators on air.

The video was posted by Cricket Australia on their official Twitter handle. Watch it right here.

Even the fans could not believe after they saw Todd Astle dropping the easiest of catches. Here's how they reacted. 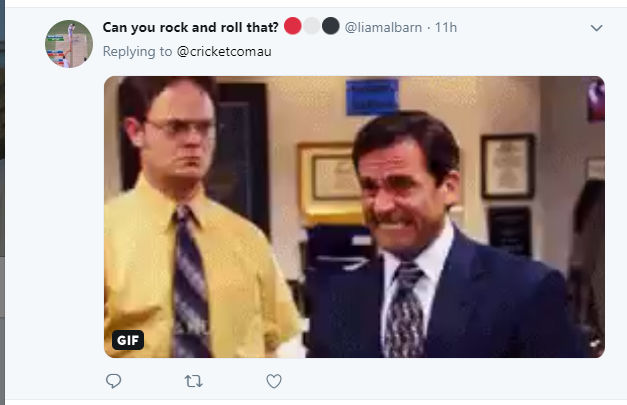 Marnus Labuschagne went on to score yet another half-century. He was eventually dismissed for 59.

Coming into this Test match at SCG, Australia had already won the three-match series comprehensively by registering emphatic wins at Adelaide and Melbourne by over 200 runs. Unlike, the previous two games, the Kiwis did manage to show some resistance but it was just not enough.

The Aussies had declared their second innings at 217/2 riding on a brilliant 111 from stylish opener David Warner to set the visitors a 416-run target. In reply, the Black Caps never really looked like being in the run chase as they lost wickets at regular intervals. In fact, they had lost half their side for 38 before all-rounder Colin de Grandhomme scored a valiant fifty.

Once he was dismissed for 52 then it was only a formality for New Zealand. At the score of 136/9, it was said that Matt Henry, who had broken his thumb a couple of days won't be coming out to bat as the Aussies registered a comfortable win of 279 runs to seal the three-match series 3-0.

PEOPLE HAVE PLEDGED SO FAR
LATEST NEWS
View all
9 hours ago
Mohammad amir names indian batsman whose wicket is priceless and it is not virat kohli
8 hours ago
Mitchell starc ready to beat india in pink-ball test during upcoming australian summer
6 hours ago
Ms dhoni defeats 12 years his junior, hardik pandya, in 100-metre sprint: watch
8 hours ago
Shoaib akhtar mocks virender sehwag again, reveals toughest indian batsman to bowl at
9 hours ago
Mohammad kaif jokingly claims ms dhoni did not pick him over not getting chicken biryani