Given the heavy funding of the BCCI in ICC, Ramiz Raja feared that if one day Prime Minister Narendra Modi decided to pull out the funds, PCB would collapse. 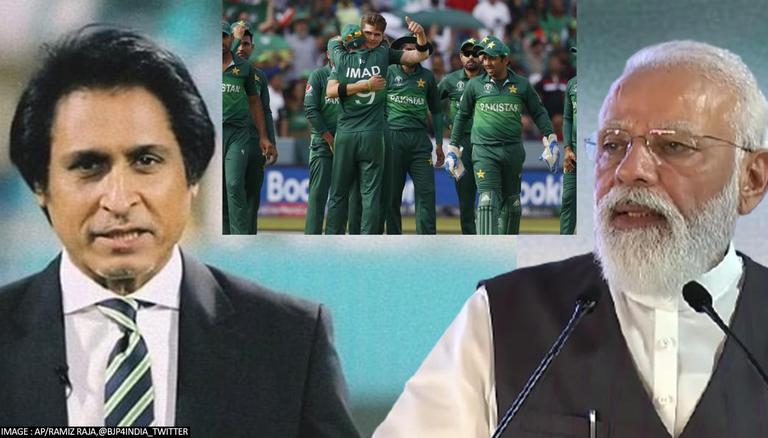 
In another bizarre statement days after his ECB gaffe, Pakistan Cricket Board (PCB) chief Ramiz Raja claimed that India was running PCB and could shut it down any day that it wants. Addressing a brief, Ramiz Raja claimed that 50% of PCB was running on the funding of the International Cricket Council (ICC), which in turn, was largely functioning on the funds of the Board of Control for Cricket in India (BCCI).

Given BCCI's heavy funding in ICC, Ramiz Raja feared that PCB would collapse if Indian Prime Minister Narendra Modi decided to pull out the funds one day.

The video of the PCB chief's statement was shared by BJP IT cell chief Amit Malviya. In the video, the PCB chief addresses the Senate Standing Committee on Inter-Provincial Coordination saying,

"Pakistan Cricket Board runs on 50% of ICC funding. ICC funding is received from their member boards. ICC's 90% funding is received from India. In one way, India's business houses are running the Pakistan cricket board. Tomorrow, if the Indian Prime Minister decides that we don't want to fund Pakistan anymore, the PCB can collapse. 90% of ICC's funding are driven by India."

Ramiz Raja breaks the news of ECB chief stepping down

On Thursday, Ramiz Raja had taken to Twitter to announce that the England & Wales Cricket Board Chief had resigned from his post. As soon as Ramiz Raja broke the news of the ECB chief's resignation, netizens started grilling the PCB head. As a result, Ramiz Raja deleted his 'erroneously' tweeted statement and also apologized for the same.

England and Wales Cricket Board on Thursday informed that chairman Ian Watmore would step down with immediate effect. According to ECB, he has reached a mutual agreement with the board to step down following the end of the domestic season.

Previously, Ramiz Raja had come under the limelight after he lashed out at New Zealand for cancelling their tour of Pakistan. The PCB chief had threatened the Black Caps saying that they would hear from Pakistan at the ICC for their unilateral decision. New Zealand had pulled out of its Pakistan tour owing to 'security concerns'. Days later, England followed suit and called off their three-match ODI and five-match T20I series.