Of the many, many records that Sachin Tendulkar can put his name on, his record-breaking ₹30 crore deal with Mark Mascarenhas's WorldTel in 1995 is one. 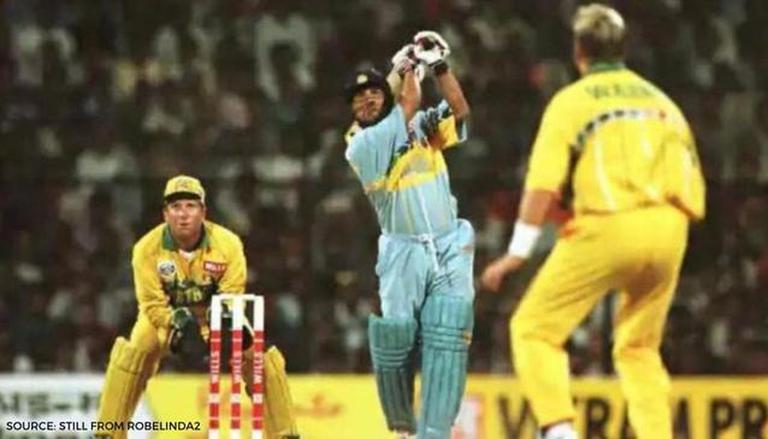 'Master Blaster' Sachin Tendulkar made his debut in international cricket in 1989 at the young age of 16. In just a few years, he would become one of the most popular cricketers in India and the world. Of the many, many records that Tendulkar can put his name on, his ground-breaking ₹30 crore deal with Mark Mascarenhas's sports management firm, WorldTel in 1995 is one. Over the years, Tendulkar and Mascarenhas's partnership grew to make the former one of the world's most successful cricketers.

23. In 1995, WorldTel signed a multi-million dollar deal with Sachin Tendulkar. Sachin—the brand became quite popular. Mark Mascarenhas changed the life of the Little Master. In 2001, Sachin struck a 100-cr deal with WorldTel#HappyBirthdaySachin

In an interview with Moneycontrol, Sachin Tendulkar credited his easy life after retirement to the marketing genius of late Indian entrepreneur Mark Mascarenhas. While Tendulkar had started booking commercials and endorsements very early in his career,  Mark Mascarenhas's involvement in his life brought about a radical hike in the price Tendulkar commanded as a cricket star. From earning a meagre 16 lakh rupees for his first endorsement with Band-Aid, he went on to command almost ₹6-7 crores per endorsement in his heyday.

In 2001, Mark Mascarenhas's WorldTel renewed their contract with Tendulkar for a whopping ₹100 crore. In the interview, Tendulkar said that he was heavily dependent on Mascarenhas to steer the business side of things so that he could continue to play his best cricket; a decision that worked out superbly for both parties. By the end of his life, Sachin Tendulkar would be Mark Mascarenhas' greatest victory.

Throughout their association, he would faithfully negotiate endorsements for the Little Master and make sure he could dedicate his time to the game. According to Tendulkar, Mascarenhas entered his life at an opportune time, when he and his family were struggling with negotiating contracts and needed professional help. The champion batsman had fond memories with Mascarenhas, somewho who always prioritized his cricket over his deals. Unfortunately, Mascarenhas passed away in 2002 in a road accident near Nagpur.

After Mascarenhas's death, Tendulkar signed a deal with Saatchi and Saatchi for ₹1.8 billion. He has since endorsed big brands like Boost, Pepsi, Action Shoes, MRF, Adidas, Britannia,  Fiat Palio, TVS, Sunfeast, Canon, Toshiba, Colgate-Palmolive, Philips, VISA, Castrol India, Ujala Techno Bright, Coca-Cola, National Egg Coordination Committee and Luminous India among others. He still remains among the most popular cricketers for endorsements after Virat Kohli and MS Dhoni, even after 7 years of his retirement.

In 2013, Tendulkar was listed as No.51 in Forbes' list of world's highest-paid athletes. His total earnings were estimated to be $22 million USD. According to entrepreneur.com, the Sachin Tendulkar net worth figure is estimated to around ₹1250 crore (i.e. approximately $170 million). A certain portion of the Sachin Tendulkar net worth comprises of his earnings from the Board of Control for Cricket in India (BCCI) as a former Indian cricket player. He was said to be the first cricketer to sign a deal worth ₹100 crore with MRF in 2001. He became the brand manager of the tyre brand as well. He owns a house in Bandra West, Mumbai with an estimated value of ₹80 crore, according to multiple Indian media reports. A few years ago, Tendulkar also purchased a residential property in his wife Anjali's name in Bandra-Kurla Complex worth ₹7-8 crore.