As the clock struck midnight, Sara Tendulkar was quick to wish her father Sachin Tendulkar a 'happy birthday' as the cricketer turned 47 years old on April 24.

As the clock struck midnight, Sara Tendulkar was quick to wish her father Sachin Tendulkar a 'happy birthday' as the legendary cricketer turned 47 years old on Friday, April 24. Admirably nicknamed 'The Master Blaster', Sachin has been one of the best batsmen in the world of international cricket with multiple records to his credit.

Sachin Tendulkar made his debut for India at 16 years 205 days of age, becoming India's youngest debutant. Tendulkar represented India for more than two decades and scored more than 100 centuries during the course of his celebrated career. 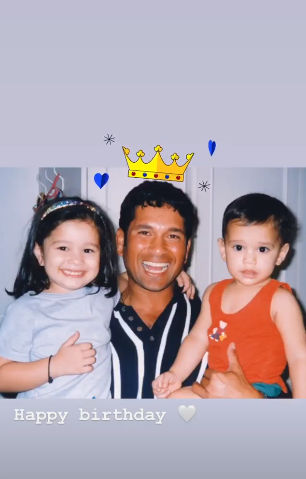 In an update to her Instagram story, Sara Tendulkar posted two pictures of her with dad Sachin Tendulkar - one from her childhood album and another one from recent times. 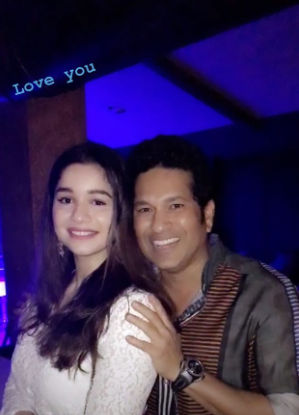 Tendulkar not to celebrate 47th birthday

Earlier this week, it was reported that the Master Blaster will not be celebrating his birthday this year due to the coronavirus pandemic. Tendulkar's decision comes as a mark of respect for the frontline workers leading India's fight against COVID-19.

"Sachin has decided that this is not the time for celebrations. He feels that this is the best tribute he can pay to all the doctors, nurses, para-medics, policemen, defence personnel, who are at the frontline," a source close to the player told PTI on Wednesday.

Earlier, the Board of Control for Cricket in India (BCCI) also wished the legendary batsman. In a tweet, India's apex cricketing body posted a video of Tendulkar's knock against England in Chennai back in 2008, which was played soon after the tragic Mumbai terror attack. Tendulkar scored a century in the match and dedicated it to the victims of the attack.

As the Master Blaster @sachin_rt turns 47, we relive one of his glorious knocks against England in 2008.

He dedicated this ton - 41st in Test cricket, to the victims of 26/11 Mumbai terror attack.

PEOPLE HAVE PLEDGED SO FAR
LATEST NEWS
View all
13 hours ago
Ian bishop says jasprit bumrah's short run-up will give him a tough time in the future
13 hours ago
India-australia test series might kick off on december 3, brisbane to host 1st test
43 mins ago
Pcb would not support rescheduling of t20 world cup, says its official
14 hours ago
Darren lehmann says all the teams, especially india should implement split coaching
11 hours ago
Rahul dravid ridicules 'biosecure environment' concept for test cricket post covid-19