Australia won the match by a massive margin of 419 runs courtesy of a brilliant performance from Travis Head, who scored 175 and 38*. 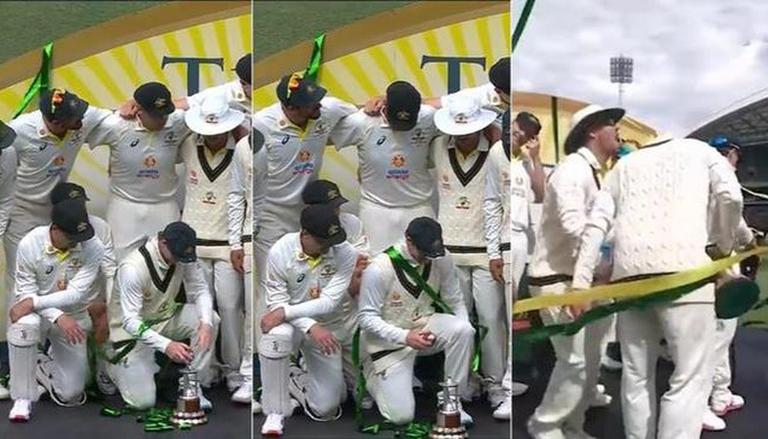 
Australia on December 11 defeated West Indies in the second Test match to win the Frank Worrell series for the 12th straight time. Australia won the match by a massive margin of 419 runs courtesy of a brilliant performance from Travis Head, who scored 175 and 38*. Meanwhile, Steve Smith, who was filling in for Pat Cummins as captain, was involved in a hilarious incident.

As Australian players took the stage for the official team photo, Smith mistakenly broke the ball on top of the iconic trophy that has been awarded in series between Australia and West Indies since the 1960s. The comical situation didn't end there as Smith then dropped the trophy on David Warner's foot. The ball from the trophy fell on Warner's toe.

“Have they just taken the ball off the top of the trophy? I hope not,” said Adam Gilchrist, who was doing commentary at the time of the hilarious incident.

As far as the match is concerned, Australia posted 511/7 before declaring the innings. Marnus Labuschagne and Travis Head scored 163 and 175 runs, respectively. Usman Khawaja also contributed to the total as he hit 62 off 129 balls. Alex Carey smashed 41 off 54 balls. Devon Thomas and Alzarri Joseph picked two wickets each, while Jason Holder and Kraigg Brathwaite each scalped one wicket to their names.

Australia then bowled the West Indies out for 214 runs thanks to a three-wicket haul from Nathan Lyon. Australia scored 199/6 and declared their second innings, setting the visitors a mammoth target of 497 runs. West Indies were bowled out for a mere 77 runs in the final innings, handing Australia a 419-run victory. While Head was named the player of the match, Labuschagne was awarded the player of the series trophy.