MPL, which is endorsed by Indian captain Virat Kohli, has now been valued at a whopping $945 million after raising $95 million in a Series D round. 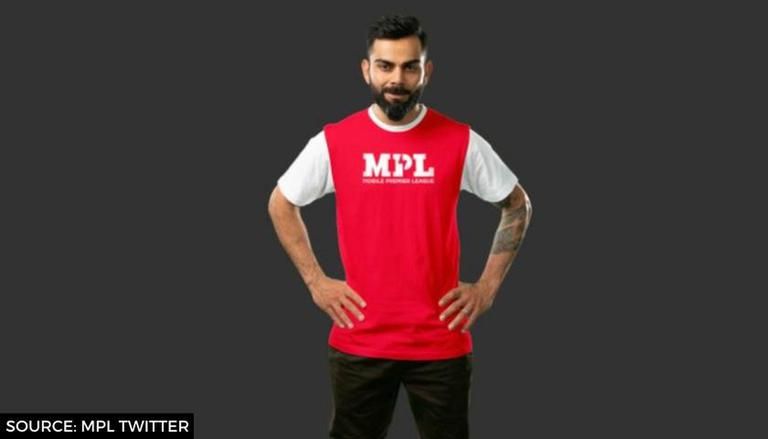 The Virat Kohli-endorsed Mobile Premier League (MPL) is considered to be the biggest eSports and mobile gaming platform in Asia. The gaming platform has more than 60 million users in India and over 3.5 million users in Indonesia. The MPL app has about 70 games across multiple sports on Android and iOS currently. The e-sports giant has worked with 28 game developers to introduce their games on the platform and provide them with a new revenue stream.

ALSO READ | Did Dinesh Karthik hint at KKR picking up Shahrukh Khan at the IPL 2021 auction?

According to a recent report, the e-Sports platform has now been valued at a whopping $945 million after raising $95 million in a Series D round which was led by Composite Capital and Moore Strategic Ventures, with participation from Base Partners, RTP Global, SIG, Go-Ventures, Telstra Ventures, Founders Circle and Play Ventures. The development comes just five months after it had secured $90 million in order to grow itself in international markets. Notably, the total capital raised by MPL app since it was introduced in 2018 now stands at $225.5 million.

The co-founder and chief executive of MPL, Sai Srinivas, said in a statement that as they grow their presence and expand, the fresh round of funds will help them focus on the core value propositions, a robust platform with the best features for gamers and onboarding the best eSports titles. He added that the esports community in India is thriving, and they believe this is the perfect time to take Indian-made games to the world as well as help Indian gamers get recognized for their talent.

ALSO READ | Will IPL 2021 NOT have Dream11 as title sponsors? BCCI left in lurch with terms of deal

Athleisure wear and sports merchandise brand MPL Sports from Mobile Premier League was announced as the new kit sponsors of the Indian cricket team in November 2020. According to the MPL BCCI deal, MPL Sports has entered into a three-year agreement with the BCCI starting from November 2020 to December 2023. The MPL BCCI deal began with the recently concluded India vs Australia 2020 tour, which saw Indian players donning the new jerseys.

The three-year deal is worth ₹120 crore. Moreover, women's team, as well as, the Under-19 teams are a part of the deal for the new kits. Besides Team India jerseys, MPL Sports will also sell licensed Team India merchandise where they will offer the jerseys and its wide range of Team India merchandise to fans at reasonable prices. Reportedly, the BCCI will also get revenue share - 10 per cent of every jersey or merchandise sold by MPL.

The Virat Kohli net worth also comprises of his earnings from the Board of Control for Cricket in India (BCCI) as an active Indian cricket player, which is ₹7 crore (US$925,730) per annum. The Virat Kohli salary figure lies around ₹24 crore (US$3.1 million) per year considering that he earns ₹17 crore (US$2.24 million) per season from the Royal Challengers Bangalore in Indian Premier League (IPL) as well.

ALSO READ | IPL 2021 auction to be held on February 18 in Chennai, one day after India vs England Test

DISCLAIMER: The above Virat Kohli net worth information is sourced from various websites/media reports. The website does not guarantee a 100% accuracy of the figures.

WE RECOMMEND
'Was discussed in the team meeting': Virat Kohli on farmers' protest tweets
'Let us all stay united': Virat Kohli hopeful of resolution amid row over Rihanna's tweet
Virat Kohli, Rohit Sharma delight fans by training together at last after nearly 12 months
Is Virat Kohli bigger than the game? THIS stunning social media stat strengthens the claim
Virat Kohli set to gain whopping 14000% rise from first-ever IPL salary in 2021 season