Virat Kohli's current earning is a total of ₹143.2 crores as IPL salary which is just ₹6.8 crores short of crossing the ₹150 crore salary mark. 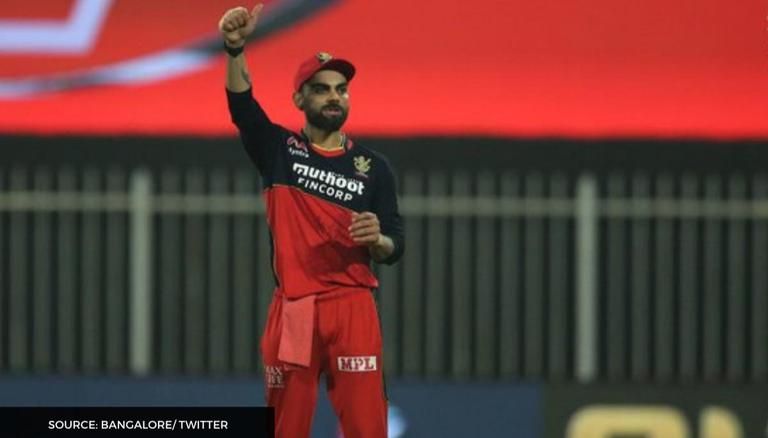 Virat Kohli's journey in international cricket, as well as in the Indian Premier League, has been nothing short of extraordinary. Having found success at a very early age when he led India to an Under-19 World Cup title in 2008, the Delhi cricketer was picked up by the Bangalore franchise in the inaugural edition. Since then, the star batsman has been an integral part of the Bangalore team despite watching the team being changed numerous times.

Kohli IPL salary set to increase ahead of IPL 2021

Having been picked up for just ₹20 lakh by his current franchise in 2008, Kohli has not donned the jersey of any other side till date. According to a report by Insidesport, the Team India skipper is currently the third highest-paid player in the history of the cash-rich league, behind Chennai skipper MS Dhoni and Mumbai skipper and Indian teammate Rohit Sharma.

Virat Kohli's IPL salary is a whopping ₹17 crores now, which is 141.66 times more than his price in 2008. As per the report, he is just ₹6.8 crores short of crossing the ₹150 crore salary mark. Kohli's current earning is a total of ₹143.2 crores as the IPL salary so far.

Also Read: ICC World Test Championship Final: What Does England Need To Do For Qualifying?

Coming to Virat Kohli’s IPL performance, the skipper of the Bangalore side has so far played 192 IPL matches in which he has scored 5,878 runs at an average of  38.16 and a strike rate of 130.73. He has smashed 503 fours and 201 sixes so far in the tournament. He also has five centuries and 39 IPL fifties to his name and his highest score is 113 which he scored in 2016 against Punjab. The 31-year-old is yet to go on and lift the IPL title, having led his team to three finals, losing all of them.

The BCCI has announced that the IPL 2012 auctions will take place on February 18 in Chennai after the completion of the first two India vs England Test matches. The auction can be watched live on Star Sports and the Disney+Hotstar app and website. While teams have already submitted a list of retained players, they will be looking to add some fresh talent in their ranks.

WE RECOMMEND
Virat Kohli poised to break COLOSSAL Sachin Tendulkar, Rahul Dravid record in 2021
Virat Kohli gives pep talk to team-mates as India prepare for Test series against England
Aakash Chopra predicts Virat Kohli and co. would go for THIS KXIP player in IPL auction
Is Virat Kohli bigger than the game? THIS stunning social media stat strengthens the claim
IPL 2021: MS Dhoni will become first player to earn more than ₹150 crore from tournament
Listen to the latest songs, only on JioSaavn.com