Hailed by cricket pundits for his impeccable leadership across formats and his batting abilities, Kohli has often been termed as the best of his generation. 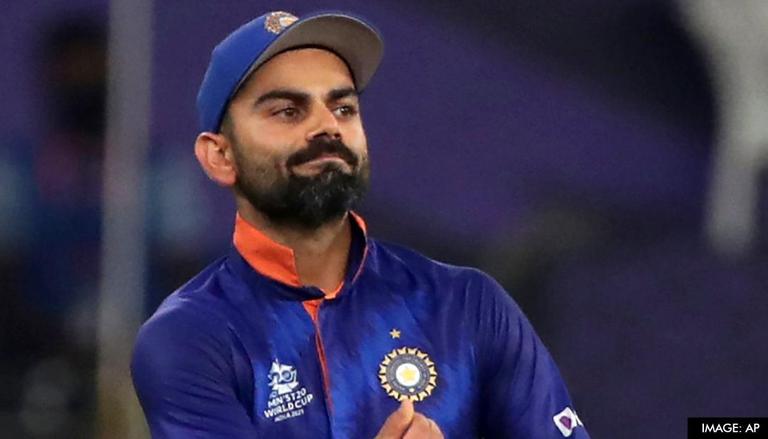 
Virat Kohli, who is known for his phenomenal performances with the bat, has turned a year older and is celebrating his 33rd birthday today, November 5. Hailed by cricket pundits for his impeccable leadership across formats and his batting abilities, Kohli is often termed as the best of his generation. Having enjoyed the limelight right from his U-19 days, Kohli has come a long way after leading the U-19 team to a World Cup title win in 2008.

Kohli is currently leading the Indian side in the ongoing T20 World Cup and is gearing up to take on Scotland in the league stage fixture today. Earlier, he had also informed that he will be leaving the T20I captaincy after the ongoing World Cup. Making best birthday wishes for Virat Kohli, let’s take a look at some of the remarkable records held by the batters.

Captain with most Test wins

Right off the bat, Kohli is the most successful Indian skipper in the red-ball format of the game. Having won 38 of 65 games played, Kohli sits ahead of former captains and greats like MS Dhoni, Sourav Ganguly and Rahul Dravid. More than the remarkable track record, Kohli has led the team to some memorable victories overseas after taking on the role of captain.

India also topped the ICC Test rankings for the longest time before playing the final of the inaugural World Test Championship. India’s World Cup-winning captain MS Dhoni sits second in the chart with 27 wins in the format.

READ | Standing next to Virat Kohli at toss will be special occasion for anyone: Scotland skipper

First Asian captain to win a series in Australia

In 2018/19 Kohli led a side that marked its name in the history books by defeating Australia in a Test series Down Under. The Indian skipper became the first Asian captain to achieve the feat. Kohli ended Australia's domination in their home ground by winning a Test series down under. The Indian team recreated the feat again two years later with Ajinkya Rahane at the helm.

On the batting front, Kohli has termed the run machine who didn’t have any trouble scoring centuries time and again. Kohli turned Cricket fans’ heads after he comfortably beat Sachin Tendulkar’s record to become the quickest batter to score 10,000 runs in ODIs.

Sachin, who is considered to be the greatest of all time, took 259 innings to complete the feat, while the Indian skipper crossed the mark in his 205th innings. Kohli only sits second in the ODI batting charts with 12,169 runs, including 43 tons. Sachin sits top with 18,426 with 49 centuries.

Most player of the series awards in T20s

The record is proof that the batter can fire despite the format being played in. Pakistan skipper Babar Azam sits second in the list with five.

Player with most runs in T20s

Kohli has often stepped up his game in the T20s and has given India a strong start multiple times. The skipper sits top in the world with the most runs scored in T20 internationals.

Kohli has scored a total of 3,225 runs from 86 innings. Interestingly, the batter holds the record without scoring a single century in the format. Kohli’s top score in T20 matches remains to be a knock of 94 not out.

WE RECOMMEND
Virat Kohli, David Warner, Brett Lee & Gambhir wish 'joy & happiness' to fans on Diwali
T20 World Cup: Virat Kohli's toss record - A look at Indian captain's luck with the coin
Virat Kohli supports Mohammed Shami: Dia Mirza, Sonam Kapoor & other celebs hail him
Video of Virat Kohli dancing to 'My Name is Lakhan' in India-Afghanistan T20 is priceless
Standing next to Virat Kohli at toss will be special occasion for anyone: Scotland skipper
Listen to the latest songs, only on JioSaavn.com