Djokovic paid a heartfelt tribute to former Swiss tennis player Roger Federer when he was asked to share memories of his first semifinal of a Grand Slam event. 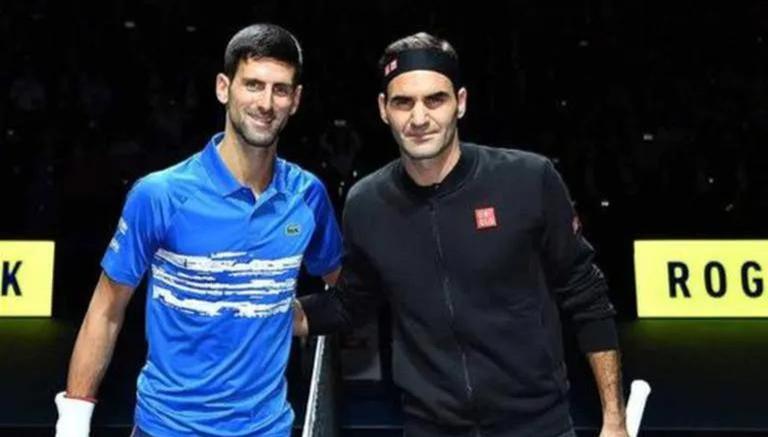 
Serbian tennis legend Novak Djokovic on Wednesday won the quarterfinals of the ongoing Australian Open in Melbourne. He defeated Russia's Andrey Rublev 6-1, 6-2, 6-4 to book a spot in the semifinals of the first Grand Slam of the year, where he will meet American Tommy Paul. After the match, Djokovic paid a heartfelt tribute to former Swiss tennis player Roger Federer when he was asked to share memories of his first semifinal of a Grand Slam event.

As Djokovic started speaking, he recalled that his first Grand Slam semifinal was at the 2007 US Open before adding that he lost the final of that competition to the legendary Roger Federer. When Djokovic mentioned Federer's name, he received a loud cheer from the crowd. Djokovic called on the crowd to give a big round of applause to Federer before saying that the Swiss player deserves it. Djokovic said that he had had some great battles with Federer over the years and that tennis misses him.

"I was fortunate to win that semifinal, but finals I lost to Roger. Let's give him a big round of applause to Roger guys. He deserves it. I had some great battles over the years with Roger that's for sure, tennis misses him for sure. I saw him dressing up very sharply for fashion week the other day. I've seen him skiing, I wanna challenge him for a little skiing race in a few years' time. But he's enjoying life for sure and it's nice to see that. For tennis, he's been one of the most important players ever to play the game. Big regards to him and his family," Djokovic said after his quarterfinal match on Wednesday.

Federer played his career's last match at the Laver Cup last year where he teamed up with longtime rival and friend Rafael Nadal. The duo lost the match to the American duo of Jack Sock and Frances Tiafoe. Over the past two decades, Federer not only broke several records and won several titles, but also shared some of the most iconic rivalries, and none were bigger than the one he shared with Djokovic and Rafael Nadal. Federer has won 20 Grand Slams in his illustrious career.