Manchester United's much-anticipated target Bruno Fernandes has spoken about his love for Premier League. He said that it was always his wish to play in the PL.

Manchester United’s most-anticipated transfer target Bruno Fernandes is very close to joining the Red Devils. The Portuguese midfielder has spoken for the first time on his possible switch to the Premier League. It is reported that the two clubs have agreed to a fee for the midfielder and the announcement could be made on Wednesday itself. 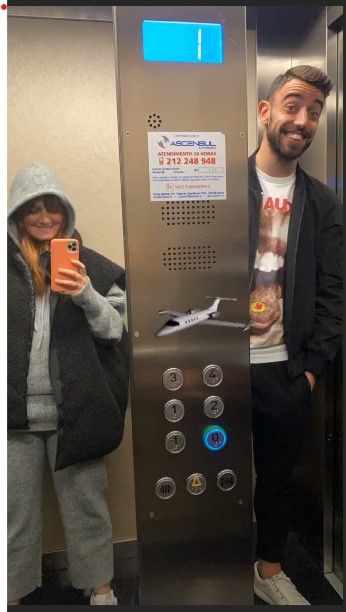 On Tuesday, Bruno Fernandes’ close friend Carolina Deslandes posted an image on Instagram in which she is seen along with Fernandes with an aeroplane emoticon. It further indicated that the player was en route to England ahead of his signing. The player was also questioned by the Portuguese television station SIC as he made his way to his car with Deslandes. On being questioned if Premier League was his preference, the midfielder answered in the affirmative.

Bruno Fernandes transfer: The player was questioned about Manchester United

However, Bruno Fernandes was specifically asked about his possible switch to Manchester United. To which, the star stated, "Anything really." The Old Trafford management improved their offer for the most-anticipated transfer after there were reports that Barcelona were also on the lookout for the player. This compelled the club to revise their bid to €55 million along with €10 million in bonuses.

According to reports, this bid is very likely to be accepted by the Portuguese club. The bid also includes a further €15 million bonus if the player wins the Ballon d’Or in the future. Sporting would also get 10% of the transfer fee if United decide to sell Fernandes in future.

Bruno Fernandes would provide much-needed depth to an injury-plagued Manchester United midfield (courtesy of Paul Pogba and Scott McTominay’s injuries). The player has scored 15 goals, while also managing 14 assists in 28 appearances across all competitions. He would definitely provide a major boost to Ole Gunnar Solskjaer and Ed Woodward who have been facing intense criticism due to United’s dismal campaign this season.