FC Goa take on Chennaiyin FC in an Indian Super League 2019-20 semi-final encounter (first leg) on Saturday, February 29. The game is set to be played at the Jawaharlal Nehru Stadium, Chennai. The match commences at 7:30 PM (IST).

If you’re not at the #MarinaArena, where would you be? 🧐

Chennaiyin FC host league stage winners FC Goa in the first leg of the ISL semi-final on Saturday. FC Goa are on a five-match winning run and enter the semi-final as favourites. FC Goa managed 12 wins in their 18 league games and topped the league with a five-point advantage over second-placed ATK. Chennaiyin FC enjoyed a late surge of form that helped guide them to the semi-final. They are unbeaten in their last eight games. However, FC Goa hold an advantage over Chennaiyin FC when it comes to head-to-head encounters. They have won eight of the 15 clashes between the two teams.

Ferran Corominas and Nerijus Valskis are must-haves in your Dream11 side considering their form. Rafael Crivellaro and Hugo Boumous are also expected to rake in points in the CFC vs FCG clash. Anirudh Thapa, Brandon Fernandes and Andre Schembri are also top Dream11 picks. 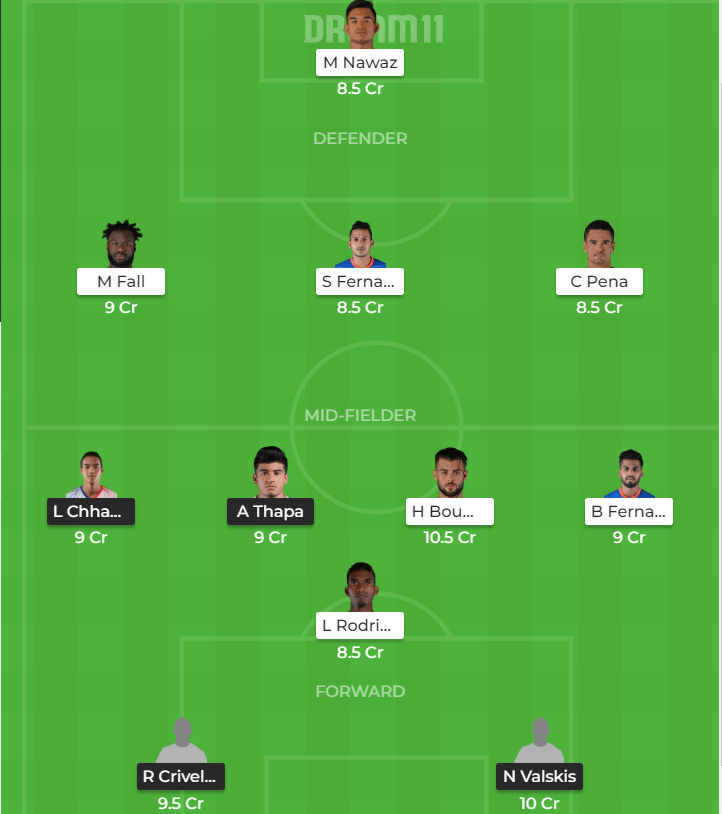