Juventus superstar Cristiano Ronaldo's girlfriend Georgina Rodriguez has sparked pregnancy rumours with a recent Instagram story. The Portuguese international's long-term partner is the mother to two of Ronaldo's children Eva and Mateo. These reports gain significance amid reports suggesting that the duo had tied the knot secretly last year. 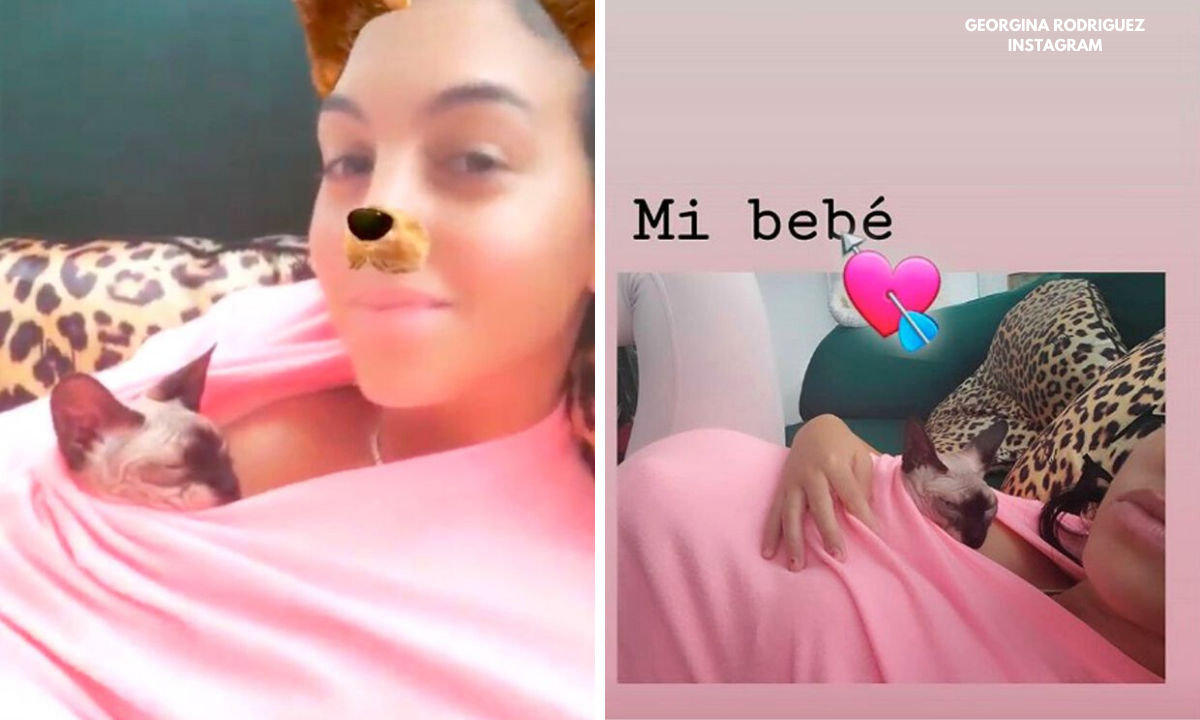 In the Instagram video, Cristiano Ronaldo's girlfriend Georgina Rodriguez cradles her pet cat under her top. The soundtrack of her video was the famous Mami song by Romeo Santos while appearing to pat her stomach at one point of time. The choice of her song selection too has raised eyebrows as it features Ronaldo's ex-girlfriend Irina Shayk in a love triangle.

Georgina Rodriguez's story comes a day after she posted another picture of a scary-looking hairless Sphynx cat alongside a 'baby girl' message. She dressed it up as a baby and also clicked a picture of it being kissed by Cristiano Ronaldo's two-year-old son Mateo. More intriguing is the fact that she has named the cat, 'Pepe', which is a man's name.

Cristiano Ronaldo's girlfriend Georgina Rodriguez was the subject of pregnancy speculations way back in 2018 when she attended a swimwear event in Gran Canaria. This was significant that time knowing the fact that just a month ago she and Ronaldo shared a photo on Instagram in which he was seen holding her belly. With regards to recent pregnancy speculation, Rodriguez has denied it.

Georgina Rodriguez, while speaking to Spanish magazine Hola!, has revealed that she is not expecting at the moment. She, however, confirmed that she and Cristiano Ronaldo will look to add to their family. On being quizzed on why she looked a little healthier than earlier, Rodriguez claimed that she has been travelling a lot, while also claiming to have eaten pasta in the past four days.

Meanwhile, during an interview in 2017, the five-time Ballon d'Or winner confessed that he wants to have seven children in total, corroborating with his legendary shirt number seven.