Joel Matip To Miss Rest Of The Season With Ankle Injury As Liverpool Sign Davies, Kabak

On Monday, Liverpool boss Jurgen Klopp confirmed that Joel Matip will be ruled out for the remainder of the campaign due to an ankle ligament injury. 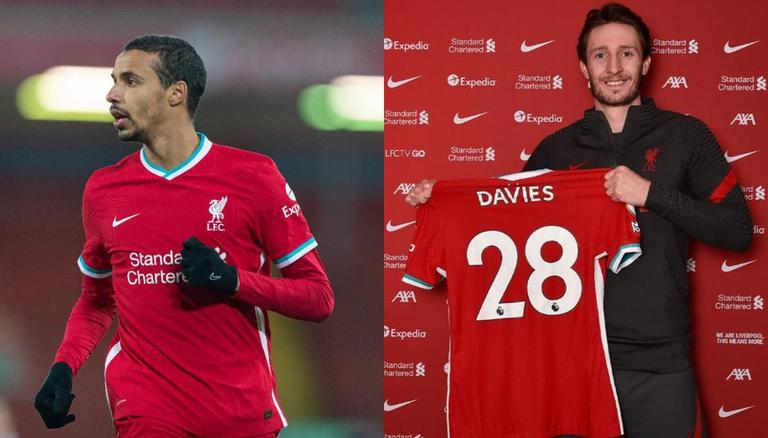 On Monday, Liverpool boss Jurgen Klopp confirmed centre-back Joel Matip is expected to miss the remainder of the season through an ankle injury. The Reds defender sustained an ankle injury during Liverpool's win against Tottenham on Thursday and was subbed off at half-time. However, the reigning English champions did manage to confirm deadline day arrivals of centre-backs Ben Davies and Ozan Kabak.

While speaking to reporters on Monday, Liverpool boss Jurgen Klopp confirmed that centre-back Joel Matip is set to miss the remainder of the 2020-21 season due to an ankle ligament injury. The Cameroonian sustained the issue in a challenge to thwart Tottenham Hotspur’s Son Heung-min during the first half of Liverpool’s 3-1 win in London on Thursday. Further diagnosis has revealed that Matip will no longer be able to play a part in Liverpool's campaign for the remainder of the season.

Klopp said, "Unfortunately, we found out now after everybody looked at it that Joel will be out for the rest of the season. But he will be ready for the start of the next pre-season and finally, everything will be sorted.” The 29-year-old had recently picked up an adductor injury in Liverpool’s 1-1 draw against West Brom on December 27.

Matip's injury made him the third Liverpool defender that is unlikely to feature again this season after Joe Gomez and Virgil van Dijk. Van Dijk suffered an ACL injury in October and is expected to return to action in April. Meanwhile, Gomez is also in line to return to action next season.

Matip's injury prompted Liverpool to head into the January transfer market on transfer deadline day and recruit a couple of centre-backs. Davies' arrival from Preston North End was confirmed earlier in the day after the 25-year-old completed his medical. The Reds spent £1.6m to sign the defender.

A few hours later, Liverpool also confirmed they had signed Ozan Kabak on a loan deal from Schalke for the rest of the season. Schalke will receive £1 million for the loan deal, with a further £500,000 depending on Kabak's appearances this season. Liverpool will have the option to keep the 20-year-old centre-back permanently for £18 million in the summer.