Lionel Messi, left Barcelona in the summer with the club not able to afford to renew his deal, Andres Iniesta, 37, joined the Japanese side Vissel Kobe in 2018. 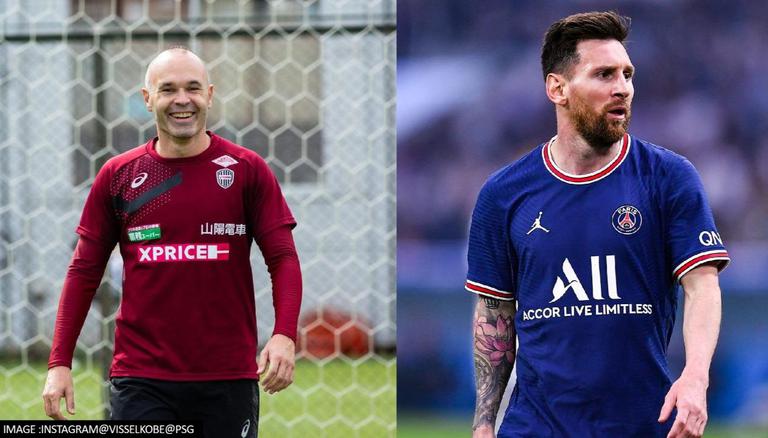 
The departure of Lionel Messi to Paris Saint Germain in the summer was a major setback for the Barcelona team and ever since his departure the club has failed to replicate the form on the field. Following a string of poor performances, Ronald Koeman was sacked from the job with Barcelona bringing in club legend Xavi as his replacement.

While the club has already brought in Dani Alves back to the club,  Barcelona president Joan Laporta has said he won't rule out bringing Lionel Messi and Andres Iniesta back to the club.

While Lionel Messi, left Barcelona in the summer with the club not able to afford to renew his deal, Andres Iniesta, 37, joined the Japanese side Vissel Kobe in 2018. Dani Alves comes back to Barcelona after eight years of having left the club in 2016, however, he cannot be registered until January but is already training with his new teammates.

Joan Laporta while speaking about Messi and Iniesta return to the club said,  "I can't rule it out. It's happened with Dani Alves, who has seen the situation and wanted to help. We're grateful for the financial sacrifice he's made. He wants to help us turn things around".

He further said "Leo and Andres are two spectacular players. I can't predict the future. They are Barca greats and who made this club what it is and they will always be present, but they're players with contracts with other clubs. That must be respected, but in life you never know."

Dani Alves who share a close bond with Lionel Messi joked about going and fetch him from Paris. He said "If you give me a couple of hours, I will go and look for him," Alves laughed when asked what Messi might be thinking after seeing Alves and Xavi Hernandez return to the club this month. "Leo is the greatest I have ever seen in the game, and you always miss the greats, especially when you have a good relationship with them.

Andres Iniesta had joined Barcelona at the age of 12 from Albacete, and at the age of 18 he broke into Barcelona's first team in 2002. After spending 16 years at the club Andres Iniesta departed to play for the Japanese side Vissel Kobe in 2018. During his time at Barcelona, he went on to win everything and become one of the greatest midfielders to have ever played the sport.

Messi on the other hand joined  Barcelona from Newell’s Old Boys at 13 and played for the first team in 2004. Since the debut he went on to enjoy 17 successful seasons at the Catalan club, scoring 672 goals and contributing 301 assists in 778 appearances and winning everything there is to win