Reports in Germany suggest that Man United target Jadon Sancho visited Dubai for a secret Christmas trip with his father during the Bundesliga winter break. 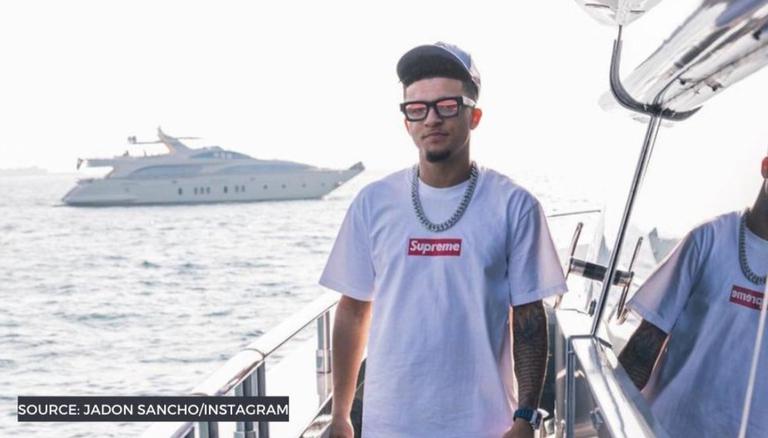 Reports in Germany suggest that Borussia Dortmund star Jadon Sancho visited Dubai in what was a secret Christmas trip during the winter break in Bundesliga. It is reported that the player spent some time with his father in Dubai during the Christmas festive period.

This trip to Dubai is Sancho’s second visit to the Gulf as the player had holidayed here earlier back in 2019 However, he has kept his visit to the gulf quiet this time around and did not share any content about the same on his social media channels. The player had tested negative for Corona Virus when he returned back to Germany as he took part in Dortumunds’s victory against Wolfsburg. A small break along with a reunion with his dad seems to be something that has eased the players’ nerves as Sacho was finally on the scoresheet during Dortmund’s 2-0 win on Sunday.

According to Bild, Sancho and his father decided to meet up in UAE as Sacho cannot visit England due to the increasing cases of a different coronavirus strain that has been plaguing his home country and with his father not allowed to come and visit him in Dortmund too. Amid the ongoing pandemic, the young Borussia Dortmund forward has not been able to catch up with his family and meet his dad often with reports suggesting how the youngster is often alone in his home in Germany.

Bild had also mentioned how the player is rumored to be homesick and misses his family which has left the 20-year-old feeling low on confidence. The English international has been in poor form after the end of the summer transfer window where Sancho was expected to return to England and join Premier League giants Manchester United.

After not being able to complete the transfer to Man United, Jadon Sancho has struggled to light up the Bundesliga, unlike the last season. In Dortmund news, Hans-Joachim Watzke, the club CEO had shared his thoughts on Sancho's bad outings and suggested how a failed move to Old Trafford has led to the player's poor performances on the pitch. He spoke about how Sancho was already prepared for a change when there was strong interest from Manchester United. However, the English club's executive vice-chairman Ed Woodward denied paying Dortmund's £108million asking price which led to the deal collapsing.

Will Sancho move in the January transfer window?

There have been no recent updates and rumors about any transfer activity revolving around Jadon Sancho to Man United. Dortmund is expected to stay firm on their asking price and not be pressured by the English giants to sell one of their most prized assets. Manchester United is not expected to a move for the young English international in the winter window and is expected to come out all guns blazing for Sancho in the summer transfer window of 2021.