Cristiano Ronaldo rape case: The Juventus superstar will not have to provide any evidence against Kathryn Mayorga, who accused him of rape in 2009. 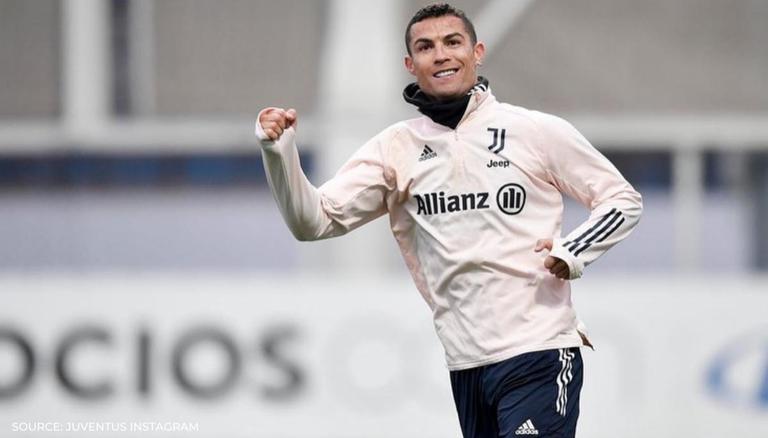 Five-time Ballon d'Or winner Cristiano Ronaldo will not be required to provide any evidence against former model Kathryn Mayorga, who accused the Portuguese footballer of rape in 2009. Mayorga's lawsuit will reportedly be decided by an arbitrator rather than a jury, so Ronaldo will not have to appear in court. Mayorga reportedly accepted £290,000 (€321,000) from Ronaldo in 2010 and signed a non-disclosure deal after deciding not to prosecute but has now declared she was 'mentally unfit' at the time, seeking £165,000 (€172,000) in damages with her new civil claim.

Kathryn Mayorga, a former model, made headlines in June 2009, after accusing football superstar Cristiano Ronaldo of raping her in his suite at a Las Vegas resort. Images of Ronaldo and Kathryn dancing at a club surfaced only hours before the Man United star's alleged assault on the model which left Ronaldo in hot water at the time.

Ronaldo vehemently denied the allegations and called it "fake news". The three-time Premier League champion also claimed that a cybercriminal fabricated them.

Mayorga intends to show that she was not well mentally at the time she accepted those famous 300,000 euros from Cristiano Ronaldo 🇵🇹 so as not to take the issue to court. #CR7 #Ronaldo

A year after the alleged claim by the former teacher, Ronaldo reportedly paid Mayorga £290,000 (€321,000) to stop her from pressing criminal charges - ­which, if found guilty of, could have seen him jailed for life. In October 2018, Mayorga’s lawyers revealed that the former teacher experienced "depression, intrusive thoughts, considered suicide, abused alcohol, had difficulty maintaining personal relationships and employment” following the alleged attack, and suffered from post-traumatic stress disorder.

After the case was almost closed and declared innocent, Cristiano Ronaldo 🇵🇹 faces the possibility of being accused of a rape crime. It all depends on a mental exam that Kathryn Mayorga, woman who accuses the soccer player, will undergo in the coming days.🚨[@DeportesCuatro] #CR7 pic.twitter.com/LXrz1jB7jR

According to reports from The Sun, in September 2020, US district judge Jennifer Dorsey stated that Mayorga will appear in court and get a mental health assessment. If she is successful, Ronaldo will be asked to come to open court and give evidence.

However, latest reports have claimed that the case will now be decided by an arbitrator rather than a jury. This means that Ronaldo will not need to provide any evidence over Mayorga's lawsuit.

On the football pitch, Ronaldo began 2021 right where he left off in the preceding year. He scored twice and provided an assist in Juventus' 4-1 win over Udinese at the weekend, propelling the defending Serie A champions to fifth place on the league table.