Manchester United beat Real Sociedad by a scoreline of 1-0 on Thursday with 18-year-old Alejandro Garnacho scoring his first senior goal for the side. 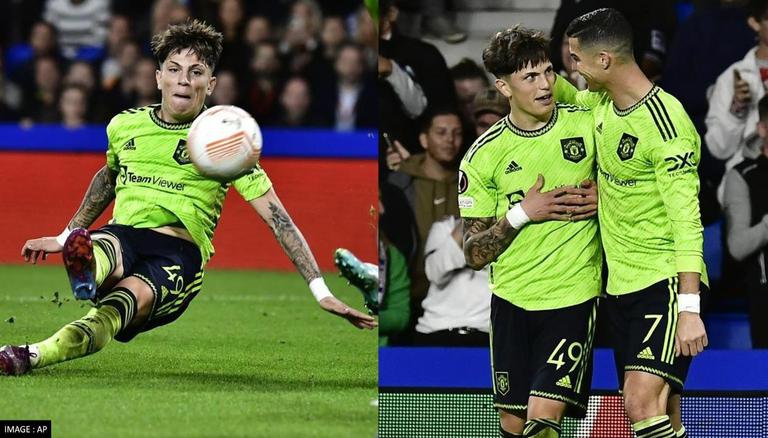 
Manchester United are moving from strength to strength, as after a disastrous start to the new season, they have not only picked up some crucial wins to move up the Premier League table but have now also finished their UEFA Europa League group stages on a high with a victory against Real Sociedad.

The Red Devils beat the La Liga heavyweights by a scoreline of 1-0 with 18-year-old Alejandro Garnacho scoring his first senior goal for the side. Following his winner, Garnacho asked Man United teammate Cristiano Ronaldo if he could copy his iconic 'nap' celebration that has become extremely popular among the football community.

As seen in the video below, Alejandro Garnacho can be seen asking Cristiano Ronaldo for permission to perform the latter's 'nap' celebration after he scored Man United's only goal against Real Sociedad on Thursday. The discussion seems to make the Portuguese international laugh before he grants the 18-year-old his wish and pats him on his back. After performing his idol's celebration, Garnacho also took to his official social media handle and celebrated the moment.

18 years and 125 days dreaming of this moment

After Cristiano Ronaldo performed the new 'nap' celebration for the first time against Everton, Manchester United explained the reasoning behind the same on their club website. "We can now reveal that Ronaldo’s celebration was a self-deprecating in-joke with his fellow team-mates, highlighting the strong bonds among the players in Erik ten Hag’s squad," wrote the Red Devils.

Their explanation hilariously added, "CR7’s celebration at Everton was amusingly a nod to the position in which he sleeps when travelling with the squad, which hasn’t gone unnoticed by his team-mates who are all eager to learn from him."