This comes a month after Cristiano Ronaldo turned down United's request to use him as a substitute in a 2-1 Premier League loss to Tottenham Hotspur. 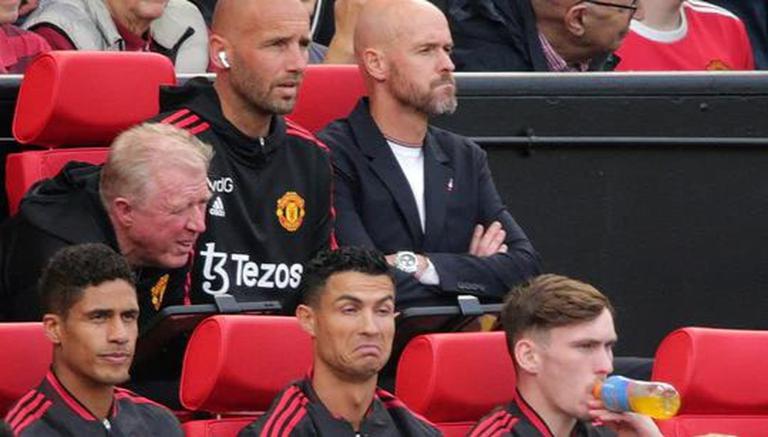 
In a bombshell interview to talk show host Piers Morgan, Portuguese star Cristiano Ronaldo hit out at Manchester United and boss Erik ten Hag, which has left everyone at the club disappointed. In his interview, Ronaldo expressed his frustration with the club and also said that he doesn't respect Ten Hag because the manager doesn't show respect to him. Ronaldo also said that he is shocked that United has made no progress since Alex Ferguson left the club in 2013.

I think the fans should know the truth. I want the best for the club: Ronaldo

"I don't have respect for him because he doesn't show respect for me. If you don't have respect for me, I'm never gonna have respect for you. I think the fans should know the truth. I want the best for the club. This is why I come to Manchester United. But you have some things inside that don't help [us] reach the top level as City, Liverpool and even now Arsenal...a club with this dimension should be top of the tree in my opinion and they are not, unfortunately," Ronaldo said in the interview.

Manchester United and Erik ten Hag have now reacted to Ronaldo's explosive interview. According to Sky Sports, the manner and the timing of Ronaldo's interview have left Ten Hag and the Manchester United players highly disappointed. The club learned about the interview as they were getting ready to board their flight from London following their 2-1 victory over Fulham on Sunday. They are quite upset that he would act in such a disrespectful manner toward the club, the manager, and his teammates, and United is likely to now evaluate all of their options regarding Ronaldo.

Erik Ten Hag and Manchester United players are extremely disappointed with the manner and timing of Cristiano Ronaldo's interview. Club only found out about the interview as they were preparing to fly back from London this evening after the Fulham game. 1/3

Manchester United are likely to now consider all their options regarding Ronaldo. Management and players don't understand why he has said what he has said. They are hugely disappointed that he would disrespect the club, his manager and teammates in this way. 2/3

Ronaldo was told on Thursday that he would not be in the starting XI against Fulham but he would have been in the squad. He told the club he was ill. No one at United has ever disrespected Ronaldo - even after he asked to leave & after he refused to come on as a sub v Spurs 3/3

Ronaldo clears the air about rumours of his exit

This comes a month after Ronaldo turned down United's request to use him as a substitute in a 2-1 Premier League loss to Tottenham Hotspur. In his interview, Ronaldo clarified the rumours and speculation surrounding his departure from Manchester United earlier this summer. Ronaldo revealed that the club wanted him gone, despite widespread claims that he intended to leave United and join another team so he could play in the UEFA Champions League.

“Yes [they are trying to force Ronaldo out], not only the coach but the other two or three guys there around the club. Yes [at senior executive level]. I felt betrayed. I felt that some people don't want me here, not only this year but last year too,” Ronaldo explained.