PSG superstar Neymar was recently seen showing off his piano skills at home, dressed in a Lakers jersey, posting about his recent activity on Instagram.

Paris Saint-Germain (PSG) star Neymar has been spending some quality time back in his hometown in Brazil since March due to the coronavirus lockdown. The Brazil international was recently seen showing off his piano skills at home, dressed in a Lakers jersey, posting about his recent activity on Instagram. 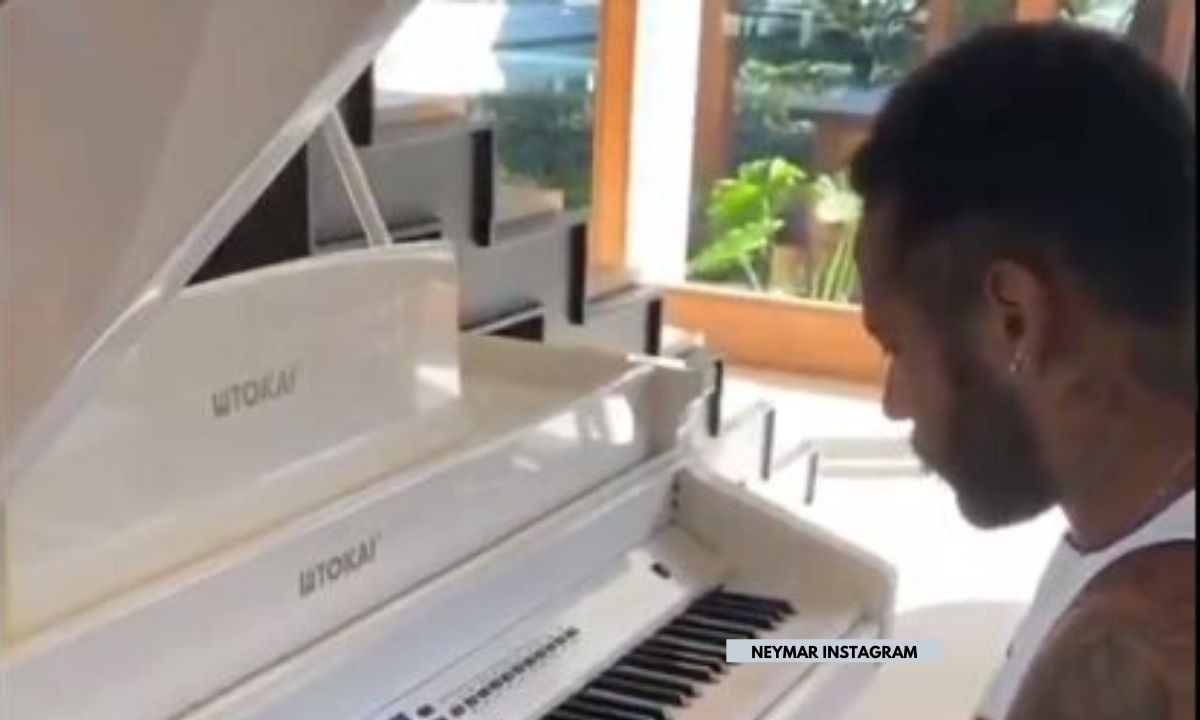 Neymar’s recent Instagram story suggested the Brazilian has been spending some quality time playing the piano in his lavish mansion in Brazil. The PSG star, wearing a Los Angeles Lakers jersey is seen trying his hands on the piano, despite the presence of several amenities including a gym, tennis court, spa, jacuzzi, sauna and a massage room in his £7 million ($8.7 million) mansion.

Neymar recently wrote about the coronavirus crisis and the ensuing lockdown in Europe on his personal website. The former Barcelona man claimed that he suffers from anxiety as he is unaware of when football will resume. Neymar also claimed that he was missing the PSG training sessions alongside his teammates as well as the wild atmosphere at Parc des Princes.

Neymar claimed that he missed being on the field fighting for his team. He also stated that the fans must be hoping for an earlier football return to see their favourite teams battle it out on the field. The PSG star expressed hope that a decision on resuming football will be taken soon.

Also Read | Lakers return $4.6 million loan meant for small businesses to help those 'most in need'

Amid the Neymar transfer rumours linking him to Barcelona, the PSG star's former agent Wagner Ribeiro has claimed that Real Madrid president Florentino Perez expressed his intention of signing him last summer. Meanwhile, Barcelona also looking to rope in their former superstar this summer.