Paris Saint-Germain (PSG) star Neymar Jr was not pleased with Marcus Rashford's Instagram post about Manchester United's comeback against the Parisians in UCL.

Paris Saint-Germain (PSG) star Neymar Jr was left annoyed at an Instagram post by Manchester United star Marcus Rashford. The United striker had earlier posted a throw-back picture of Red Devils’ epic comeback against the Ligue 1 giants in the Round of 16 of the Champions League last season. 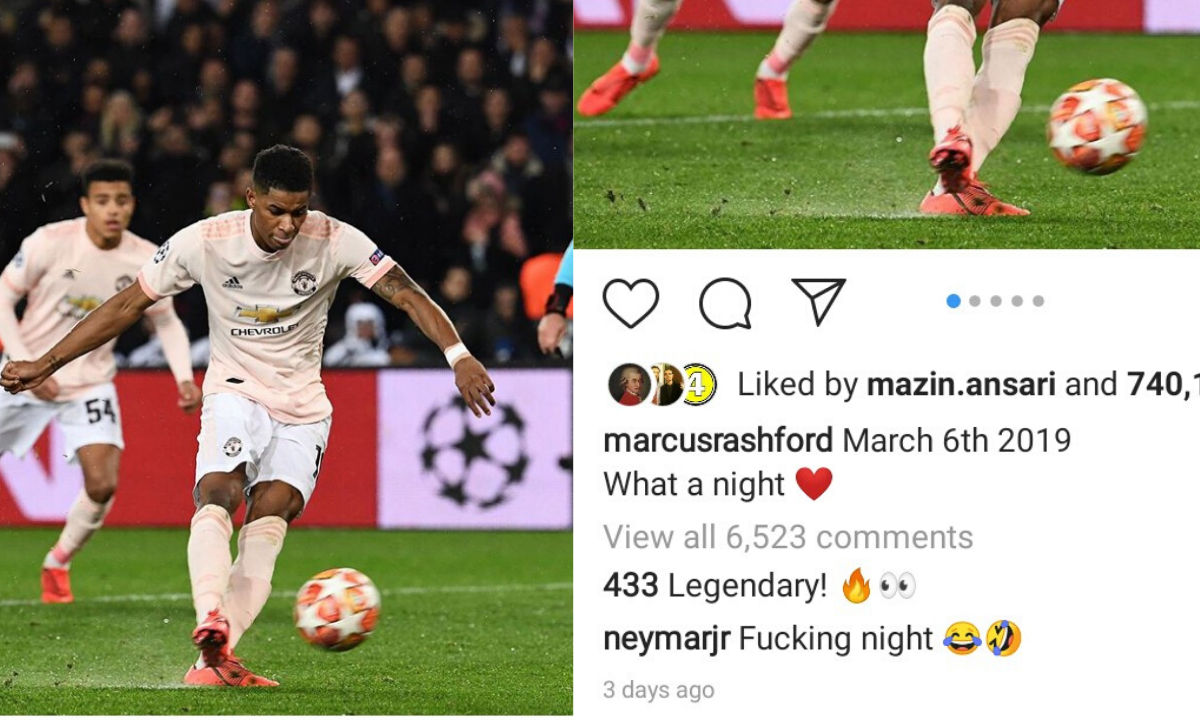 In an Instagram post, Marcus Rashford posted several pictures of the second leg of the fixture. However, Neymar did not seem to be pleased with the post and proceeded to post a comment on it. The comment seemed to imply that Neymar has still not forgotten their surprising exit from the Champions League last season.

Last season, the first leg of the Round of 16 was played at Old Trafford. PSG dominated the Premier League giants, scoring twice in the game. Presnel Kimpembe and Kylian Mbappe scored for the Parisians, while Paul Pogba was sent off in the final minutes of the game, which spelled his unavailability for the return leg.

The return leg of the clash was played at the Parc des Princes. Manchester United scored thrice to secure their spot in the quarter-final of the competition. Romelu Lukaku scored twice, however, PSG’s Juan Velasco scored for the hosts to keep them into the game till the first half. However, Marcus Rashford scored a penalty in the injury time of the game, making it 3-3 on aggregate. Ole Gunnar Solskjaer’s side went on through to the next round on the away goals rule.

According to recent rumours surrounding Neymar transfer news, Barcelona star Lionel Messi has demanded that the club sign Neymar from PSG. It is now reported that the club is willing to facilitate Neymar's Barcelona return, with Antoine Griezmann rumoured to be moving to the French capital.