In the latest incident, the 37-year-old Cristiano Ronaldo was spotted leaving the field before the Manchester United vs Tottenham match had ended. 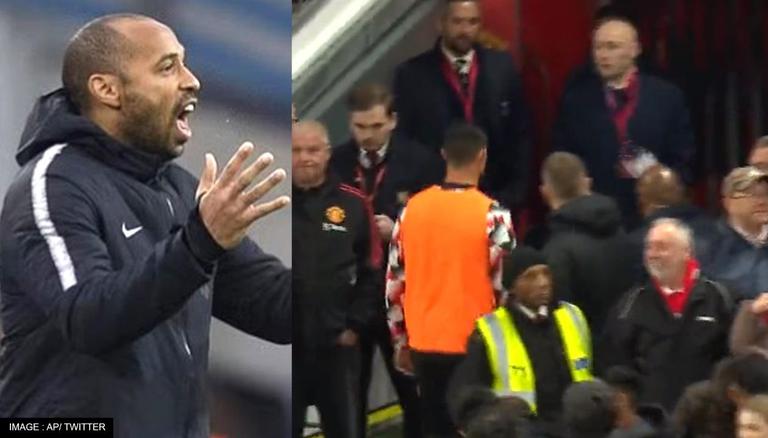 
Cristiano Ronaldo's frustration at Manchester United continues to grow as he was yet again an unused substitute during Manchester United's 2-0 win over Tottenham on Wednesday night. Goals from Fred and Bruno Fernandes were enough for Red Devils to secure all three points. The decision from manager Erik Ten Hag to not use him during the match did not go down well with the 37-year-old. His latest actions also have not gone down well with the manager or with Arsenal legend Thierry Henry.

In the latest incident, the 37-year-old Ronaldo was spotted leaving the field before the Manchester United vs Tottenham match had ended. Following the conclusion of the match, Ten Hag while speaking to the reporters said, “Yeah, I don't pay attention to that, we deal with that tomorrow. We want to focus on this team, it was a magnificent performance from all 11 players”.

This is not the first time that the Portugal captain had taken such kind of action. Earlier in July, Ronaldo came under Ten Hag’s scanner for leaving Old Trafford before full-time in a pre-season friendly against Rayo Vallecano, after he was benched at half-time.

Cristiano Ronaldo full highlights against Tottenham in HD quality. Miss it at your own risk. pic.twitter.com/NXpfg8K3Wa

Former Arsenal striker Theirry Henry while speaking on Amazon Prime Video refused to make a big deal of the incident. He said, "I don't know, that's something the manager is going to have to deal with. There was a game, a magnificent game for Manchester United, the story shouldn't be Ronaldo walking off. [No he doesn't make the story], not for me, not for me."

Ronaldo has started only two matches this season for United and in the post-match press conference, Ten Hag highlighted the player’s weakness which has restricted him from starting games.  Explaining that the team needed players who can press well against Spurs, the Dutch manager said, “Offensive-wise, you need dynamic and that is what Marcus can bring. You saw in the last 20 minutes against Newcastle from the moment he came in, he changed the game, more dynamic, more gaps and the players benefited from it."