New Zealand, without a doubt, will enter the final as favourites to win the trophy this year given their track record of upsetting big teams on big stages. 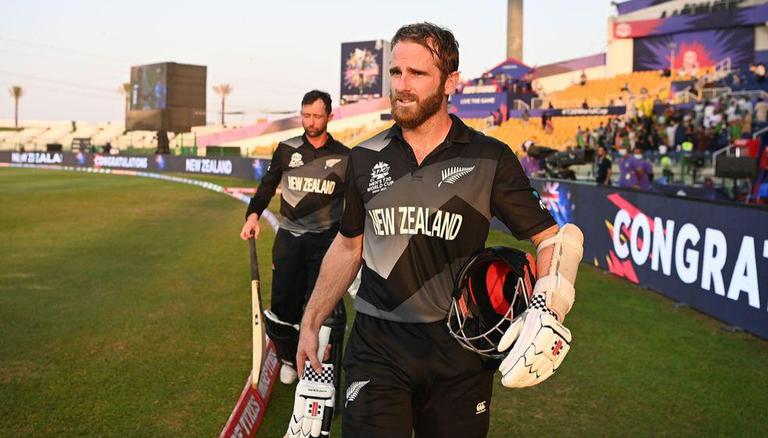 
The ICC T20 World Cup is nearing its end with just one game remaining to be played between New Zealand and Australia to decide the new champion in the shortest format. The ultimate game of the tournament is scheduled to take place on Sunday at Dubai International Stadium in the UAE. The match is slated to begin at 7:30 pm IST. New Zealand, without a doubt, will enter the final as favourites to win the trophy this year given their track record of upsetting big teams on big stages.

The Kiwis have reached the final after beating England in the semi-final and had earlier almost sealed a place in the knockout stage following their comprehensive victory over pre-tournament favoutrites India.

Here's a look at New Zealand's journey to the final

New Zealand suffered a massive blow in its first game of the ICC T20 World Cup as the side went down against a confident Pakistan side, who had just won their opening match against arch-rivals India. New Zealand lost the game by 5 wickets. Batting first, the Kiwis posted a total of 134/8 in 20 overs. Pakistan chased down the target courtesy of some brilliant power hitting by Asif Ali.

After losing to Pakistan in its first match of the tournament, New Zealand made a strong comeback to decimate India in a do-or-die match on October 31. New Zealand won the game by 8 wickets. After winning the toss, Kane Williamson opted to field first. The Kiwi bowlers restricted India for 110/7 in 20 overs. New Zealand batters then chased down the target with 5.3 overs to spare.

The Kiwis won the hard-fought game against Scotland by 20 runs. Batting first, New Zealand posted a total of 172/5 in 20 overs courtesy of a 93-rn inning by Martin Guptill. In reply, Scotland looked dangerous as they kept inching closer to the target. However, in the end, New Zealand emerged victorious, restricting Scotland for 156/5 in 20 overs.

New Zealand beat Namibia by a whopping 52 runs to improve their net run rate, which came in handy toward the final stage of the Group 2 matches. New Zealand scored 163/4 in 20 overs after being put in to bat first by Namibia. Glenn Phillips and James Neesham did the most of the scoring as they hit 39 and 35 runs, respectively. Namibia were then restricted by New Zealand bowlers for 111/7 in 20 overs.

The Afghanistan clash was the most vital for New Zealand as it needed to win the game at any cost in order to qualify for the semi-finals. The Kane Williamson-led side did exactly what was required of them in their last group stage match. After winning the toss, Afghanistan could post a total of only 124/8 in 20 overs. In reply, New Zealand chased down the target with ease to secure a spot for itself in the semis.

New Zealand avenged its 2019 Cricket World Cup defeat by beating England in the semi-final of the T20 World Cup. The match saw both sides running neck-to-neck till the end before New Zealand eventually won the game and qualified for the final. Batting first, England scored 166/4 in 20 overs on the back of a fantastic half-century by Moeen Ali. In reply, New Zealand chased down the target in 19 overs with Daryl Mitchell and James Neesham doing the job with the bat.