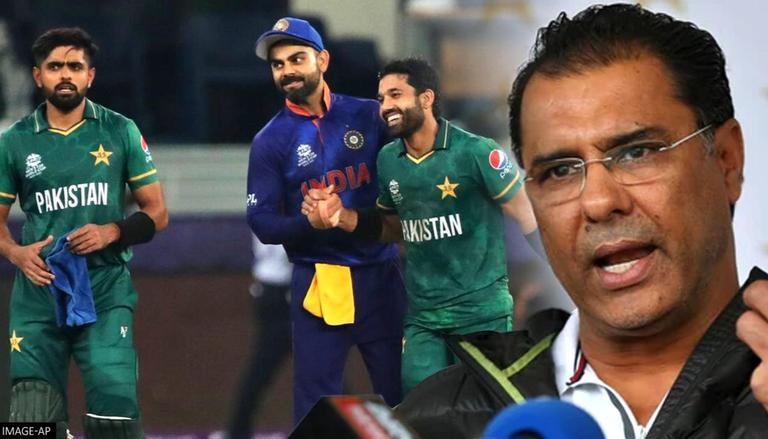 
Former Pakistan cricket team captain Waqar Younis on Tuesday night made an apology for his blatant communal comments during India vs Pakistan T20 World Cup match on Sunday. The former Pakistan pacer turned commentator turned heads by publicly stating that his favourite part of T20 World Cup 2021 match was when cricketer Mohammad Rizwan 'offered Namaz on the field amid Hindus'. His purposive statement post the match did not sit well with many as they called him out on social media.

Having received major heat on social media for his remark post-game, Waqar Younis has now apologised for the comment. Taking back his communal remark regarding Mohammad Rizwan's on-field namaz, the former skipper said that it was an unintentional mistake. “In the heat of the moment, I said something which I did not mean which has hurt the sentiments of many. I apologise for this, this was not intended at all, a genuine mistake. Sports unite people regardless of race, colour or religion. #apologies,” Younis tweeted on Tuesday night.

In the heat of the moment, I said something which I did not mean which has hurt the sentiments of many. I apologise for this, this was not intended at all, genuine mistake. Sports unites people regardless of race, colour or religion. #apologies 🙏🏻

For the unversed, during the India-Pakistan World Cup T20 break, Mohammad Rizwan was seen offering Namaz on the field. The video was shared by many online. Post-match, former cricketer Waqar Younis appeared on the ARY News channel where he stated that watching the batsman offering prayers in the middle of the field amidst 'Hindus' was the 'most satisfying thing'. The comment quickly turned controversial as many including former cricketer Venkatesh Prasad and commentator Harsha Bogle hit out at Younis over the same.

For a person of Waqar Younis' stature to say that watching Rizwan offering namaz in front of Hindus was very special to him, is one of the most disappointing things I have heard. A lot of us try hard to play such things down and talk up sport and to hear this is terrible.

Meanwhile, it has emerged that the so-called bigoted 'outrage' against Mohammad Shami after the India-Pakistan T20 World Cup 2021 match was an orchestrated attempt by Pakistan to weaponise social media and show India in a poor light. Republic Media Network's investigation has revealed that the vicious attack on Shami, and flap-jaw Pak Home Minister Sheikh Rashid's statement asking Indian Muslims to join in the celebrations, all appear to be a part of a deep-state plan to reignite the 'intolerance' debate in the country and drive a communal wedge between its people.

India lost its three-decade-long domination in World Cup cricket against Pakistan after it was defeated by 10 wickets in the Super 12 stage on October 24. The loss was unquestionably heart-breaking for Indians. The timing definitely did not make it easier, given the strong chorus that had rejected the idea of playing cricket with Pakistan amidst the spate of targeted killings in Jammu and Kashmir.

READ | J&K: Farooq Abdullah says 'to hell with Pakistan' on being confronted over India-Pak talks