India has offered to host the Asian and Oceanian Qualification Event 2020 in case its shifted from Wuhan, China due to the outbreak of a coronavirus

India has offered to host the Asian and Oceanian Qualification Event 2020 in case its shifted from Wuhan, China due to the outbreak of a coronavirus. The city of Wuhan and Huanggang are on virtual lockdown and there was high chances of all international events being shifted out of these cities. In a letter to the world body, (a copy of which is with Republic TV), the Boxing Federation of India has written:

"Due to any reason, if the event is to be shifted to a different country, the Boxing Federation of India would be willing to host this Asian and Oceanian Qualification Event 2020.  We propose to organize this event at K D Jadhav Indoor Hall, Indira Gandhi Stadium Complex, New Delhi, where we earlier hosted the AIBA Elite Women’s World Boxing Championship in November 2018. This Stadium Complex has world-class sports infrastructure for hosting these mega-events. New Delhi has hosted World Championships in various sporting events, Commonwealth Games and Asian Games twice. The AIBA Women’s World Boxing Championship 2018 organized in November 2018 was a huge success and everyone appreciated the organisation of the event profusely."

"We assure that if awarded, we will be organizing the Asian and Oceanian Olympic Qualification Event
in the best possible manner." 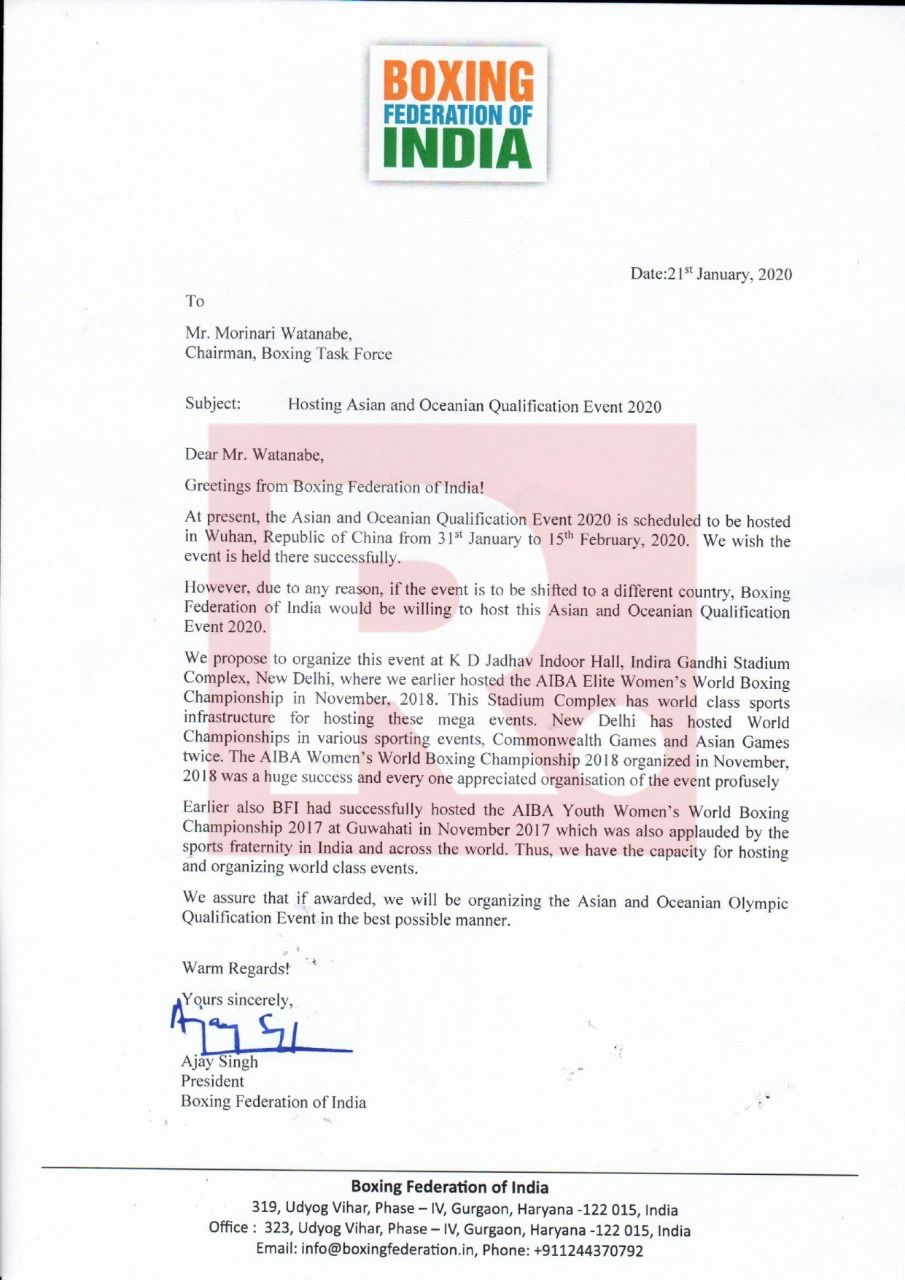