Olympian and 2018 Asian Games gold medalist Dattu Bhokanal's two-year suspension for two accounts of alleged "misconduct" has been revoked by Rowing Federation of India (RFI) on Thursday "as per the advice of its Athlete's commission."

In a letter to Union Sports Minister Kiren Rijiju, (a copy of which is with Republic TV) RFI president Rajlaxmi Singh Deo said (wrote):

"This is to inform you that as per the advice of the RFI Athlete's Commission, the suspension of 2 years
imposed on Rower Bhokanal Dattu Baban on 30 Apr 2019 has been removed immediately with effect
from 23.1.2020."

"The Rower has been informed accordingly and has been advised to prepare for the forthcoming
Olympic Qualification Regatta to be held at Chungju, Korea from 27-30 Apr 2020." 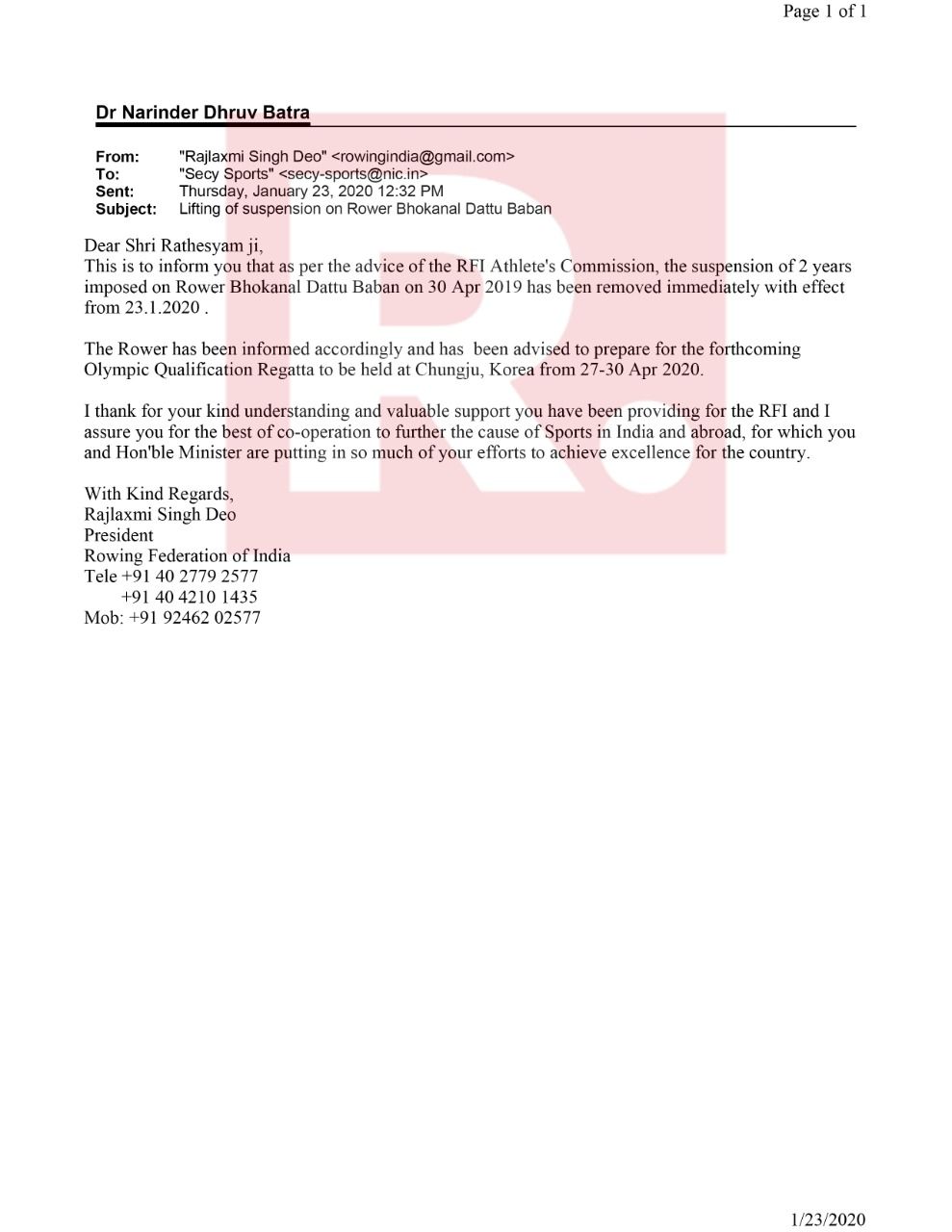 This comes in the wake of IOA president Narinder Batra extended by two days its January 20 deadline to RFI on Wednesday to provide details with regards to the decision to suspend rower Dattu Bhokanal.

Batra in his letter to RFI president had asked which body or committee of RFI took the decision to suspend the athlete and minutes or details of that decision and under which rule the punishment of two years ban was imposed for such offence."After RFI had imposed a ban on Bhokanal on March 29 last year, Dattu took the matter to the Athletes' Commission requesting them to reduce the period of the ban in order to participate in the 2020 Tokyo Olympics.

However, Deo expressed her disappointment over the Athletes Commission's decision over lifting his ban.
"We had given Dattu a showcase notice explaining the reason at the Executive Committee meeting. He admitted to two charges of misconduct. So, we unanimously decided to ban him for two years. He was banned as per rules and his admission of two deeds or charges of misconduct at the Executive Committee meeting."