Von Miller's mother showed full support of her son while dealing with an Instagram user, who called out the Denver Broncos star over the controversy.

Von Miller's mother, Gloria, has come out in support of her son amid controversy with his ex-fiancee, Megan Denise. On Wednesday, Gloria Miller slammed an Instagram user for commenting on her son just a few days after Denise revealed the disturbing text messages she received from the NFL star over her pregnancy. In one of the screenshots posted by Denise, Von allegedly stated that he wished for a "miscarriage" on her after their relationship went down the drain.

Earlier on Wednesday, Instagram user queen_bee briahna tagged Von Miller's mother Gloria in a post which read, "Gloria, Come and get your son. And please teach him that it is NEVER ok to wish a miscarriage on anyone. Von Miller, I've lost all respect for you, man." 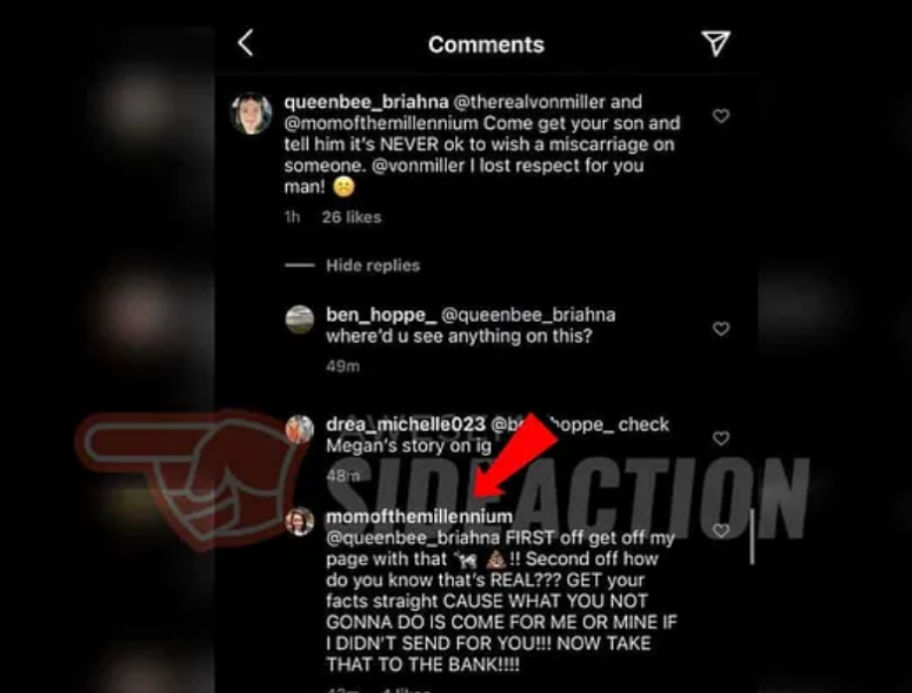 It was only a matter of time before Gloria decided to respond to that post. In a staunch defence of her son, Gloria wrote, "First off, get off my page with that !! Second off how do you know that’s REAL??? GET your facts straight CAUSE WHAT YOU NOT GONNA DO IS COME FOR ME OR MINE IF I DIDN’T SENT FOR YOU!!! NOW TAKE THAT TO THE BANK!!!!!”

Even Von Miller took to his own Instagram story to respond to Megan’s screenshots at the time and denied everything Denise put out on her stories. He wrote, “Fake news, lol. The reality of somebody leaving you makes some people literally crazy. Classic trap.”

Although Miller claimed Denise's stories were fake, the Instagram model showed a photo of her scan, indicating that she is actually pregnant with Von Miller’s baby. In a separate post, Denise hinted that she suffered physical and mental abuse during her relationship with Miller.

Just a day after the controversy, the SuperBowl champion was spotted in Cabo, vacationing with his new girlfriend. Von Miller uploaded several images of himself with another woman on his IG stories to show the world that he had moved on from Denise. He didn't reveal the identity of his new girlfriend but deleted those stories a few hours later.