'He Told Me So Many Things': R Ashwin Recalls Conversation With Kohli Before Last Ball

India vs Pakistan, T20 World Cup: R Ashwin on his official YouTube channel recalled his conversation with Virat Kohli before the last ball of the innings. 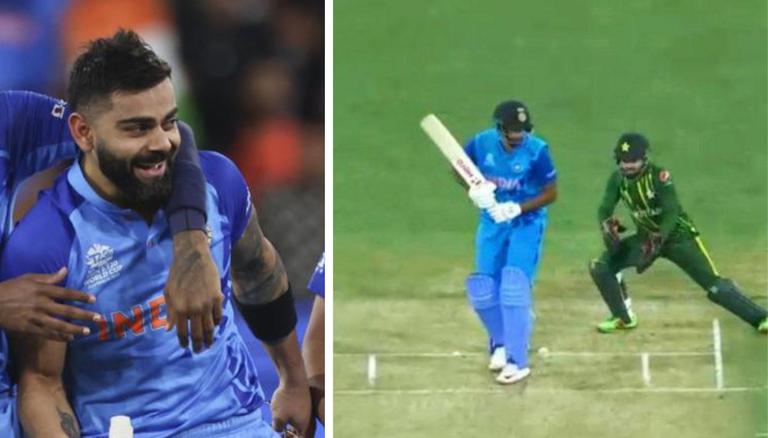 
Indian spinner Ravichandran Ashwin became the talk of the town alongside Virat Kohli for his amazing game awareness during the high-octane clash against Pakistan at the ongoing ICC Men's T20 World Cup 2022 on Sunday. India needed 2 runs off 1 ball when Ashwin came to bat in the final over of the match. Ashwin displayed great presence of mind as he correctly judged the trajectory of what would have been the last ball of the innings and left it untouched to collect 1 run in wide. Ashwin then lofted the next delivery over the mid-off fielder to help India win the game.

Ashwin recalls his chat with Kohli

Ashwin on his official YouTube channel recalled his conversation with Virat Kohli before the last ball of the innings. Ashwin said when he entered the ground after Dinesh Karthik's dismissal in the penultimate ball of the innings, Kohli told him that Nawaz was bowling onto the legs, adding "give some room and whack him over covers."

"It seemed like I was walking for ages to get to the pitch. Then I saw Virat Kohli and he told me so many things, about where to get those runs. But I thought of only one thing after seeing him. 'God has given you so much today. So how will he ever let me down? So at least for you, won’t let me get these runs?' See the ball, then place it in a vacant space and just run, this is what I thought to myself," Ashwin said on his YouTube channel.

ALSO READ | That was very brave: Virat Kohli reveals conversation with Ashwin in last over vs Pakistan

Kohli was the star of the match as he scored an unbeaten 82 runs off 53 balls to help India finish the chase and win the game by 4 wickets. He also received some help from all-rounder Hardik Pandya, who forged a crucial 113-run partnership with Kohli when India were reeling at 31-4 in the powerplay. Kohli was named the player of the match for his outstanding knock under pressure.