India currently leads the head-to-head record between both nations and would look to extend the numbers by winning the match on Wednesday. 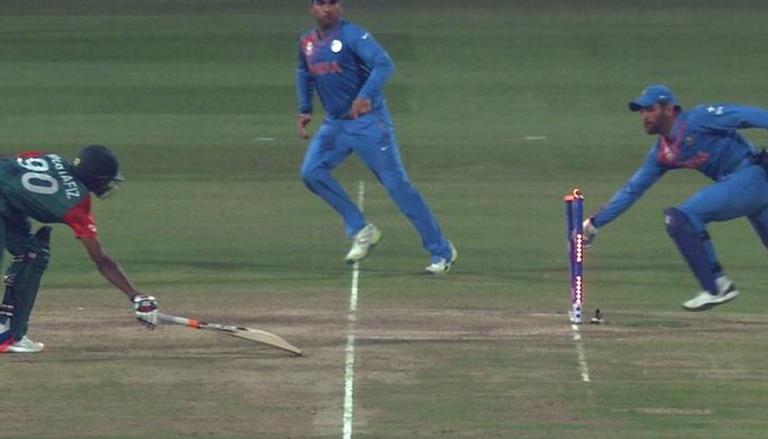 
India and Bangladesh are set to square off against each other in an all-important clash in the T20 World Cup 2022 to keep their semi-final hopes alive. The Group 2 fixture is set to be played in Adelaide on October 2. The contest will be an opportunity for India to dash Bangladesh's World Cup semi-final chances and push them to the brink of elimination. Bangladesh has been in this scenario six years back during the 2016 T20 World Cup hosted by India. MS Dhoni shattered the hopes of the Bangla Tigers as his last-ball run-out eliminated Bangladesh out of the tournament. Here's the recap of India snatching victory from the jaws of defeat.

India played Bangladesh in a crucial group match at the M Chinnaswamy stadium and posted a score of 146 for 7. Chasing 147 runs for victory, India got off to a good start, courtesy Tamim Iqbal's patient 35 from 32 balls. Sabbir Rahman (26) and Shakib Al Hasan (22) then got them inches closer to the target. Hardik Pandya was handed the responsibility to bowl the final over in a high-pressure situation. Mushfiqur Rahim smashed Pandya for a couple of boundaries to bring the equation down to 2 runs from 3 balls.

Pandya removed both batsmen with his next two deliveries to bring India back into the match. With 2 runs required from the final ball,  Pandya bowled a short ball outside off-stump which Shuvagata missed. Dhoni, who had just one glove in his hand collected the ball and made a sprint towards the stumps. The former India skipper was able to dislodge the bails with Mustafizur Rahman coming up short of the crease to hand India the victory.

Ahead of the India vs Bangladesh clash, we take a look at the journey of both teams in the T20 WC 2022 so far. India currently leads the head-to-head record between both nations and would look to extend the numbers by winning the match on Wednesday. Bangladesh started their journey with a crushing loss to South Africa in their opening match. The Bangla Tigers, however, bounced back to win their next two matches against Netherlands and Zimbabwe to remain in the fray for a spot in the semi-finals. Speaking of India, Rohit Sharma's team started their campaign with a thrilling 4-wicket win over arch-rivals Pakistan before crushing the Netherlands by 56 runs. The Men in Blue lost their previous match to South Africa by 5 wickets.