Nick Kyrgios invited Rafael Nadal for a live Instagram chat after BBC Sport suggested the same in a tweet on possible Facetimes they would like to see.

Tennis players have been spending time inside their houses after the season was suspended by the coronavirus pandemic. With no tennis action resuming anytime soon, players are using social media as a medium to stay in touch not only with fans, but also with fellow tennis players. With the Instagram live chat becoming a trend, World No.2 Rafael Nadal also joined the party and recently had an Instagram live chat with Roger Federer and Andy Murray where they spoke about various topics.

After Roger Federer and Andy Murray, Rafael Nadal could soon have an Instagram live chat after Australian tennis star Nick Kyrgios invited the Spaniard to have a session with him. Nick Kyrgios and Rafael Nadal have had a hostile relationship on the court, but the Australian is ready to put all that behind and have a live Instagram chat with Rafael Nadal.

We’d love to see these FaceTimes for real ðŸ¿ pic.twitter.com/3CHxluldyP

According to a report in Fox Sports, Nick Kyrgios decided to invite Rafael Nadal for a live Instagram chat after BBC Sport suggested the same in a tweet on possible Facetimes they would like to see. According to TennisWorldUSA, the BBC Sport's social media team posted an update saying 'We’d love to see these FaceTimes happen for real' - one of them was featuring Nadal and Kyrgios. Nick Kyrgios responded to the suggestion by saying 'Rafael Nadal, let’s do it!' 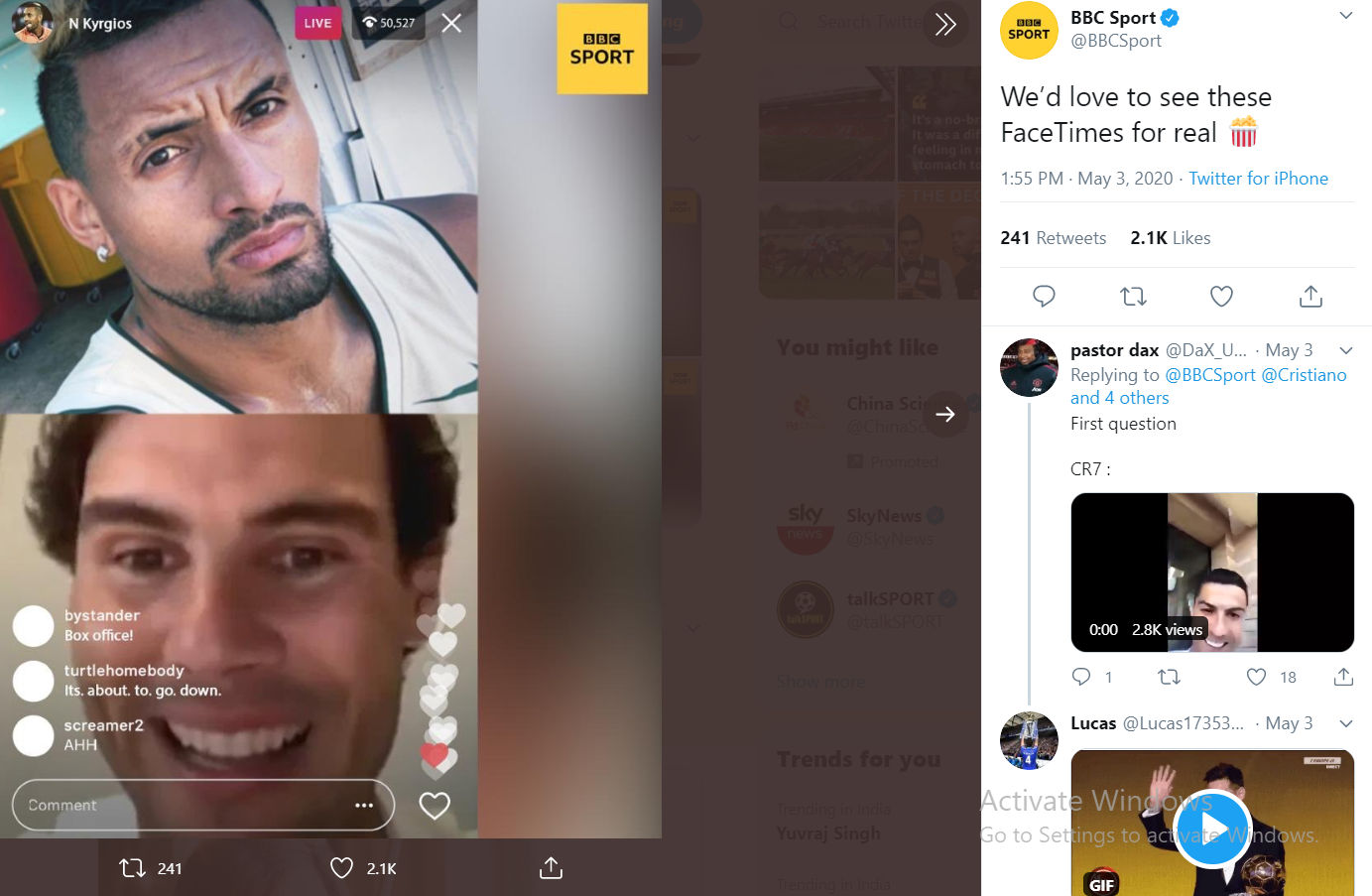 PEOPLE HAVE PLEDGED SO FAR
LATEST NEWS
View all
22 hours ago
Little ball boy saves the day for fan-craving petra kvitova
1 day ago
Sofia kenin, stephens to play wtt season before fans at resort
2 days ago
Kvitova would 'rather cancel' grand slams than play without fans
15 hours ago
Rafael nadal predicts 'next gen' will win grand slams only after the 'big 3' retire
15 hours ago
Novak djokovic blames himself for plight of struggling professional tennis players today