Novak Djokovic, who turned pro in 2003, said that milestones are definitely motivating and they make him proud of what he has achieved so far in his career.

World No 2 Novak Djokovic has started his Australian Open title defence on a positive note after winning his opening two rounds. On Monday, Djokovic achieved a new milestone by winning his 900th singles match on the ATP Tour following the second-round win over Germany's Jan-Lennard Struff. By picking up his 69th victory in 77 matches at the Australian Open, Djokovic joined Jimmy Connors, Roger Federer, Ivan Lendl, Rafael Nadal and Guillermo Vilas as the only players to reach 900 wins.

The Serbian, who turned pro in 2003, said that milestones are definitely a motivation. They (milestones) make him proud of what he has achieved in his career. The milestones give even more significance to why he is competing in professional tennis still, but at the same time, there are some other higher goals that he has as a driving force. 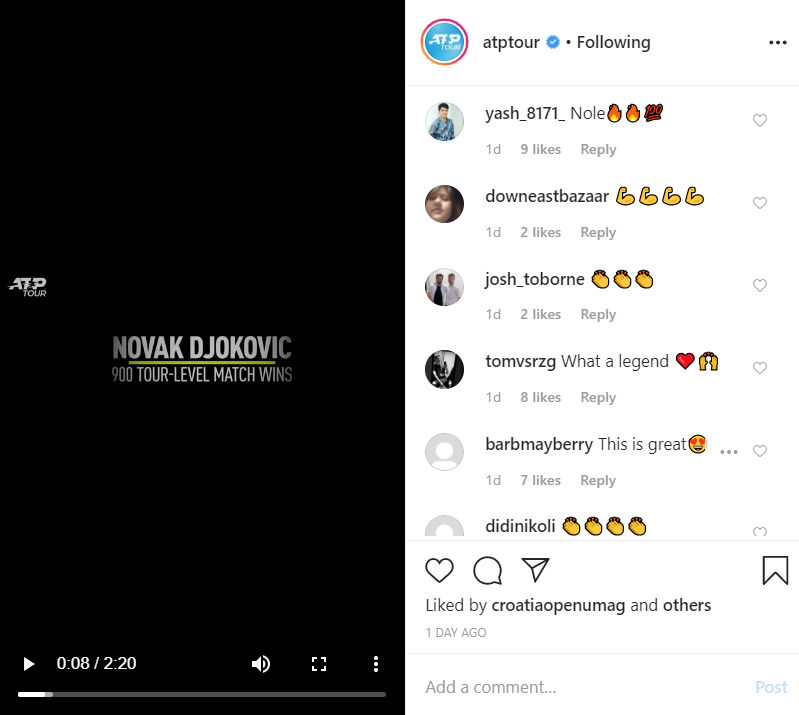 Novak Djokovic said that it is his New Year resolution to enjoy playing while he can. He also admitted that it is easier said than done considering that the 16-time Grand Slam winner is expected to win most of his games. Djokovic, during his conversation with John McEnroe, thanked the supporters at the Australian Open, who have come to watch him all these years and is grateful for being able to play tennis for so long.

Novak Djokovic is aiming to close the gap on rivals Roger Federer and Rafael Nadal in the Grand Slam titles race. If the World No.2 captures his eighth crown Australian Open title, Djokovic will move to within two trophies of Nadal (19) and three of all-time leader Federer (20). Novak Djokovic will face Y Nishioka of Japan in the third round on Friday.

Also Read:Novak Djokovic Takes A Dig At Nick Kyrgios After Pulling Off A Tweener