Brushing off concerns about her age, Serena Williams said that she hopes to emulate NFL star Tom Brady, who at 43 will become one of the oldest NFL players. 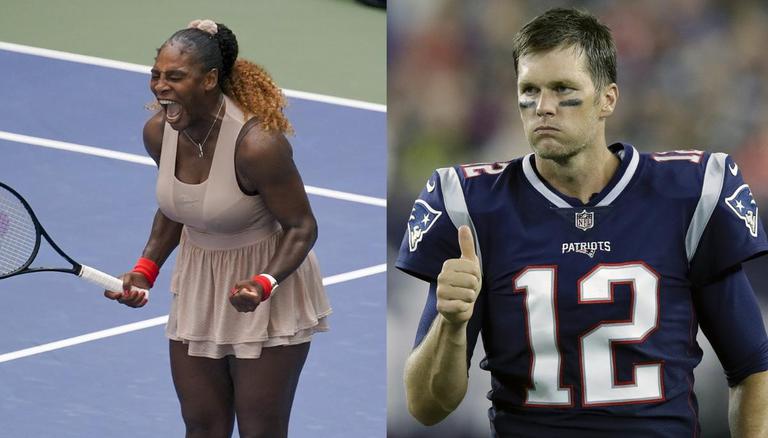 Defying norms and expectations since she stepped on the tennis court at 4 years old, Serena Williams has brushed off any concerns about her age coming in the way of her career. As she steps onto the court for the Australian Open 2021 next week, 39-year-old Serena Williams will be hunting down her elusive 24th Grand Slam singles title — a record that will put her at equal footing with Margaret Court, the holder of the 'Most Grand Slam singles titles' record among Men and Women, since 1970. Since she won her last Grand Slam, at Melbourne Park in 2017, Serena Williams has been thwarted in straight sets at four Grand Slam finals.

The No.5 seed is through! 😀@serenawilliams takes out Gavrilova, 6-1, 6-4.#YarraValleyWTA pic.twitter.com/BIrWqGIRFZ

Also Read | Kenin Back At Melbourne Park; Andreescu Out Of Open Warmup

Serena Williams' inspiration as she aims for Australian Open 2021 title

Simply by reaching the finals as many times as she has since the birth of her daughter and her complicated recovery from her pregnancy, Williams has proven her detractors wrong. But the question remains as to how much longer she can stay sharp enough to take on players now decades younger than her. According to Williams, she hopes to emulate American NFL star, Tom Brady, who at 43, will become one of the oldest players in the NFL.

As Brady prepares for his 10th Super Bowl as a quarterback for the Tampa Bay Buccaneers, Serena Williams has gotten her Melbourne campaign off to a tremendous start. Playing at the Yarra Valley Classic in Melbourne, a WTA 500 tournament, Williams defeated local hopeful Daria Gavrilova with a brilliant 6-1, 6-4 in their Round of 32 match on Monday. She will now face Bulgaria's Tsvetana Pironkova in the Round of 16 on Wednesday.

Coming back from a particularly nasty Achilles injury, Williams almost did not make it to the Australian Open. "I definitely took that time to recover and to just do the best that I can," she said in an interview after her match. "So now it’s a lot better. Achilles are like the worst thing, honestly. So I definitely was pushing the limits, but I’m here". Williams' comment is another reminder of how little time she might have left in order to equal Margaret Court's record, or more aspirationally, surpass it.

According to Forbes, Serena Williams is worth $225 million. To date, the 23-time Grand Slam champion has earned $93,634,967 in career prize money. Also according to Forbes, Williams has an investment portfolio worth at least $10 million along with her stakes in various other sports clubs and her clothing line, S by Serena. She was ranked 33rd on the magazine's 'Highest-paid athletes' list for 2020. Her sponsors include Audemars Piguet, Beats Electronics, Bumble, Gatorade, JPMorgan Chase, Nike, Upper Deck and Wilson Sporting Goods.

DISCLAIMER: The Serena Williams net worth figure has been sourced from various reports. This website does not guarantee 100% accuracy of the numbers.