Roger Federer revealed a hilarious incident when he was denied entry into Wimbledon, the same tournament that he won a record eight times. 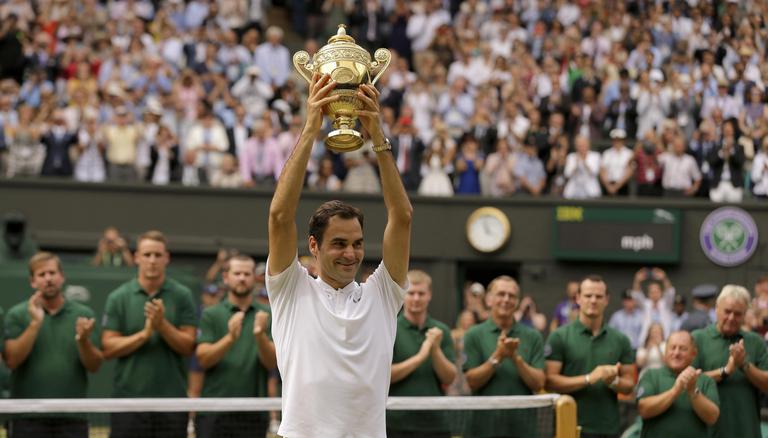 
20-time Grand Slam winner Roger Federer revealed a hilarious incident when he was denied entry into Wimbledon, the same tournament that he won a record eight times. The Swiss Maestro was stopped by a security guard for not having his membership card with him.

The 41-year-old revealed that since he had not informed the organizers that he would visit the All England Club, he was not sure of which gate to enter from. Since the first security guard seemingly did not recognize him, he was required to enter from another gate to enter the premises of Wimbledon.

While speaking to Trevor Noah on The Daily Show, Roger Federer said, "I have not really been at Wimbledon when the tournament is not on. So I drive up to the gate, where, usually, guests come in, where you would arrive and then you go up. So I get out to tell my coach who was with me at the time, Severin, I'll quickly go out and speak to the security lady. You know, I got this."

"So then I get out and I'm like, 'Yes hello, just was wondering how I can get into Wimbledon. Do you know where is the door? Where is the gate? And she's 'yeah do you have a membership card?' I'm like 'we have one?'" Federer then went on to explain how tennis stars automatically gain access cards to Wimbledon after they win the tournament.

"Because when you win Wimbledon you become a member automatically," explained Federer. "Honestly, I don't know about membership cards. They're probably at home somewhere. And I had just been travelling. So, I had no idea. So, I'm like 'no I don't have my membership card. But I'm a member. I'm just wondering where I can get in." However, the security guard persisted by telling Federer that he needed to be a member if he wanted to be able to enter the Wimbledon premises.

Speaking of the resulting difficulty, Federer added, "I'm like OK, this is going to be difficult here. So I'm like 'I'm a member, and normally when I'm here, I'm playing. And there are loads of people and I come in a different way. And this is the first time I'm here while the tournament is not on. And I don't know where to get in. So I'm just asking you again where can I get in?"

And the security guard gave the same response as she said, "But you have to be a member." Speaking of the situation, the Swiss Maestro added, "So I look at her one last time, and I'm in a panic now. I still can't believe I said that because I still feel bad about it. And I looked at her and said ' I have won this tournament eight times. Please, believe me. I'm a member. And where do I get in?" Federer was then finally able to get in as a guard at the other entrance recognized him.