Jeff Hardy says he wishes to bring his alter-ego persona Willow to the WWE before he finally hangs up his boots. Hardy wants Willow to feud with The Fiend. 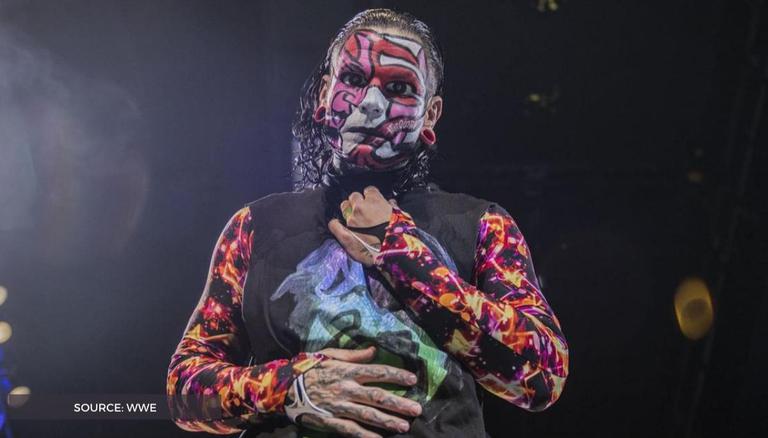 WWE Intercontinental Champion Jeff Hardy says he wishes to introduce his alter-ego persona, Willow, to the WWE Universe before he finally hangs up the boots. While Hardy never wrestled in the WWE as Willow, he made his name with the character in the independent scene, especially TNA (now Impact! Wrestling). His alter-ego supernatural persona was well received by pro-wrestling fans but failed to get the deserved recognition as Hardy did not stick around with the promotion long enough to develop the character.

Also Read | Night Of Champions: When Triple H Beat John Cena In One Of The Greatest Title Matches Ever

Jeff Hardy talks an 'interesting' feud between Willow and The Fiend

During a recent interview with BT Sport, the Charismatic Enigma said he wants the WWE fans to get a taste of the Willow character before he retires. Jeff Hardy even had a special feud in mind for Willow against 'The Fiend' Bray Wyatt, who is enjoying a similar run in the company with his split-personality storyline. Hardy believes a feud with The Fiend will be exciting for the fans.

"Years ago, I used to be Jeff Hardy and then I'd be this guy called Willow," Hardy said during the interview. "Willow was kind of my go-to wrestling persona. That's another dream of mine before I'm done. I want to bring Willow into the WWE Universe and see what could happen. I just have a strange feeling that something crazy cool could happen between Willow and The Fiend."

We never knew we needed a Willow vs. 'The Fiend' @WWEBrayWyatt feud until @JEFFHARDYBRAND said it to us 🤯🤯🤯

"My dream is to bring him into the @WWE Universe"

The Fiend, introduced last year, is widely considered a masterstroke by the WWE creatives, which in a way revived Bray Wyatt's faltering wrestling career. Wyatt has worked wonders with the character, winning the Universal Championship twice as The Fiend. He recently lost the title to Roman Reigns in a No Hold Barred triple threat match at Payback, also involving Braun Strowman.

Jeff Hardy is in his fifth reign as the Intercontinental Champion. He beat AJ Styles on an episode of WWE SmackDown before SummerSlam to win the title. Hardy defended his title against Shinsuke Nakamura and he is currently involved in a feud with AJ Styles and the returning Sami Zayn, who also claims to be the Intercontinental Champion since he never lost the title. During the most recent episode of SmackDown, Hardy defended his championship against AJ Styles. However, the match ended in a no-contest after Sami Zayn interfered to attack both superstars.