In another milestone in technological advancement, Sony has come up with a wearable air conditioner called Reon Pocket, currently available only in Japan.

In another milestone in technological advancement, Sony has come up with a wearable air conditioner called Reon Pocket, currently available only in Japan. The device supports cooling as well as heating and meant to be around the neck, for which the company has designed an undershirt with a pocket located on the back of the neck.

According to the company’s website, the special innerwear pocket is designed in a way that the device can be carried without being super noticeable. The undershirt is made of 90% polyester and comes in three sizes (Small, Medium, Large) with two colours (White and Beige). It is priced at 13,000 Japanese yen (around Rs 9,000).

The wearable air conditioner looks like Apple Magic Mouse and is compatible with iOS 13 and above and Android 8 and above. Reon Pocket has a rechargeable lithium-ion battery and takes around 2.5 hours to get fully charged, which promised to provide 2.5 hours of cooling operation and about 2 hours of thermal operation.

Read: Sony PS5 Console Specifications: Everything To Know About The Latest 120Hz Console 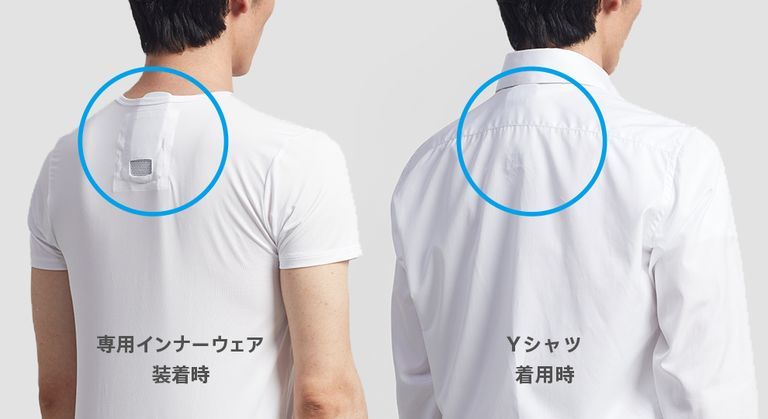 Sony has explicitly mentioned that Reon Pocket is not intended to be used as a measure against heatstroke and has asked the customers to refer to the Ministry of the Environment website for guidelines to prevent heatstroke. There are several other asterisks with the wearable air conditioner which, according to the company, should be used while wearing loose and breathable clothing.

“Make sure you have some space around your neck by removing the tie and opening the first button. Wearing multiple garments on top of innerwear may reduce the performance of the product,” reads the website.

Sony says that the main body is not waterproof so the device should not be used during exercise or work that involves intense sweating and situations where the body is exposed to water, snow, etc. Reon Pocket app is mandatory to activate the device and can be downloaded from the App Store or Google Play, depending on the operating system of mobile phone.

Read: How Much Was The PS4 At Launch And What Will Be The Price Of Sony PS5?