EA College Football 21 Release Date has been a trending topic amongst the gaming community. So we have listed all the info we could gather about it. Read more 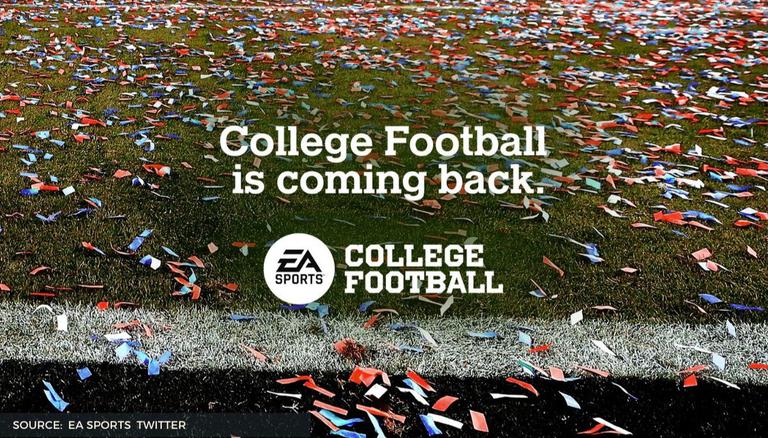 EA College Football 21 has been announced and the players seem to love it. The makers have certainly been working to keep making their games better than before. But when is this upcoming game going to be launched/ To help, we have gathered all the information we could about it. Read more about  EA College Football 21.

The EA College Football 21 game has been announced by the makers on their Twitter handle and the gamers are certainly going crazy over it. They have been trying to find EA College Football 21 release date but there are no concrete announcements about the same. It is expected that the game is going to be released in 2022 as the current season seems to be out of the ballpark for them. According to rumours, the makers are still working on the teams and trying to find a way to perfect their games. Usually, EA Sports release their sports games just before the corresponding real-world seasons start. This can be proven by looking at the releases of Madden 21. It was let out for the players on August 28, 2020, just two weeks before the 2020-2021 NFL season started. So it is expected to see the new EA College Football 21 release date to be around the start of the new season.

Apart from the upcoming game, EA Sports have also released their popular sports game, Fifa 21. They have also given a lot of advantages for the players who bought the champions or ultimate edition of the game. Fifa 21 makers certainly took it a step ahead in gaming after adding features like new player transfer and loan options. Their efforts to make the game even more realistic seem to have succeeded with additions like new attributes like player sharpness which shows how ready a player or a team is for a match. With Ultimate Edition pre-order, the players will get 3 days of early access, Up to 24 Rare Gold Packs, 2 per week for 12 weeks, Kylian Mbappé Loan Item for 5 FUT matches, and the game including Standard Edition, Champions Edition and Ultimate Edition. Players with EA access will get to play the game days before its release. There was the launch prices for Fifa 21.