For those in search of numbers, the “surround screen” on the Mi Mix Alpha, entails in a screen-to-body ratio of 180 per cent. Take a look.

Xiaomi is well known for taking inspiration from other tech brands from time to time. But, despite its outward appearances, Xiaomi has also been an inspiration for other tech brands. In this day and age of influencer marketing, Xiaomi maybe credited for “influencing” what is perhaps one of the biggest smartphone trends currently – building an all-screen and no-bezel smartphone.

The original Mi Mix from Xiaomi started the all-screen and no-bezel smartphone wars. Designed and jointly developed by renowned French designer Philippe Starck, the Mi Mix’s full ceramic body boasting of a screen-to-body ratio of a whopping 91.3 per cent was way ahead of its time – this was back in 2016. Xiaomi had to literally rethink the smartphone to build it. No wonder, Xiaomi called it a concept phone.

The Mi Mix was produced in very limited numbers, and after a year, it was replaced by a somewhat more practical Mi Mix 2. By practical I mean, easier to commercialize and bring to market. This was also the phone that eventually made its way to India instead of the more conventional Mi 6. Then there was the follow-up Mi Mix 2S that came with slightly better specs including wireless charging.

Essentially, the original Mi Mix, Mi Mix 2 and Mi Mix 2S, were all based on the same design philosophy with incremental updates all geared towards polish and refinement, rather than change just for sake of it. But such theatrics have a knack of getting old rather too quickly these days. At a time when literally every brand is doing all-screen and no-bezel phones, it’s not easy to stand out. Xiaomi had to step up. 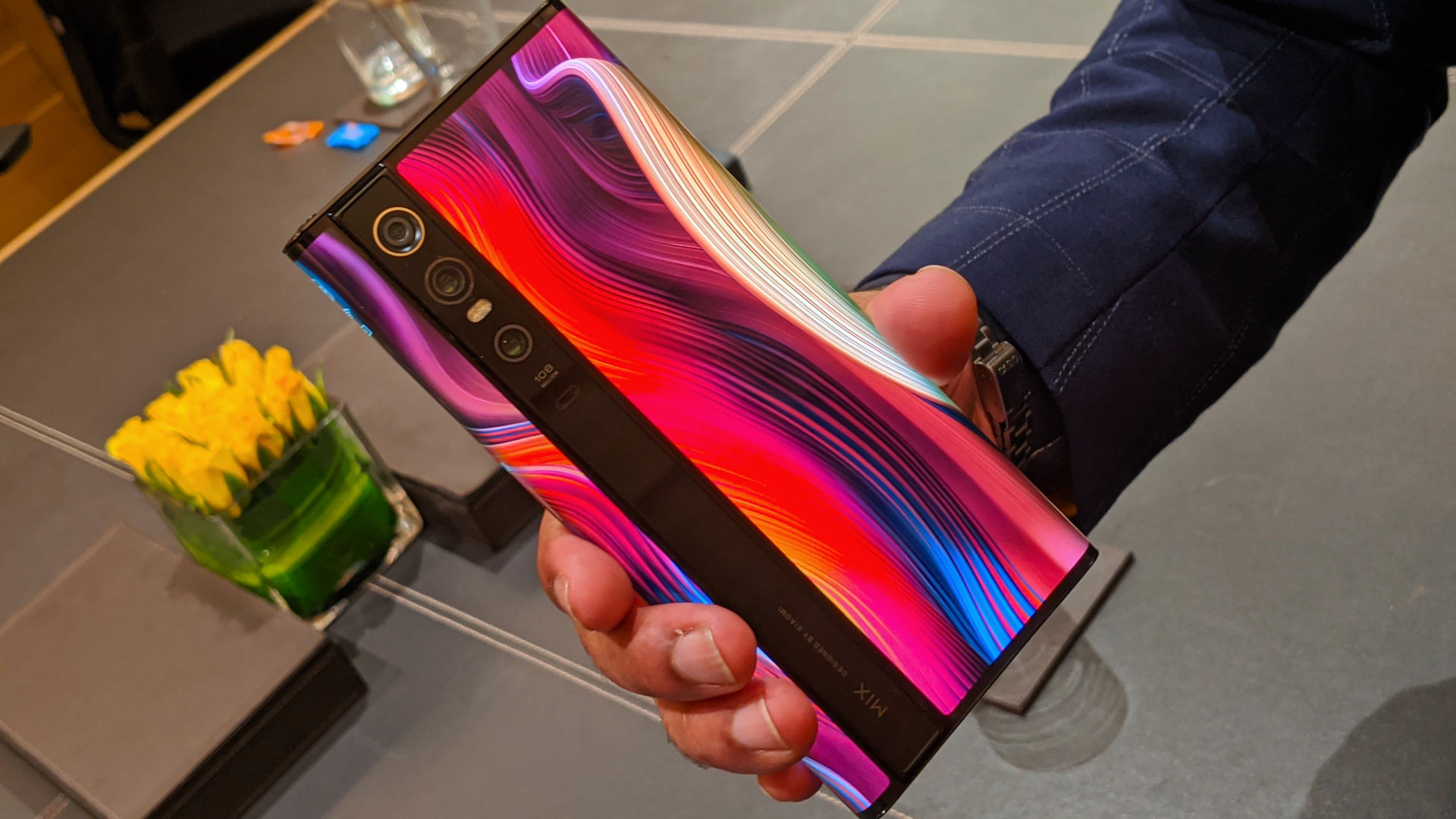 And it did, with the Mi Mix Alpha, which come to think of it still bowls me over, because unlike many of its rivals, Xiaomi is still a very young brand. A very young brand with very tight profit margins. The Mi Mix Alpha is unlike any other smartphone I've seen before, and even though I am not sure I fully understand it, I think that it has served its purpose even though I haven’t touched it or felt it. I have but seen it in person and it’s a sight to behold. And in the case of the Mi Mix Alpha, that’ll do.

At a time when all-screen and no-bezel phones are ‘everywhere’ and foldables are trying to arrive, the Mi Mix Alpha serves both the purposes. It’s an all-screen and no-bezel phone with a wrap-around display. Xiaomi is using single sheet of flexible OLED that starts at one end, wraps around one side, and meets a vertically aligned strip at the back that holds the cameras. It’s not quite the foldable, you’d normally expect, something like say the Samsung Galaxy Fold or the Huawei Mate X, but the thing’s as futuristic – even more, some would say. 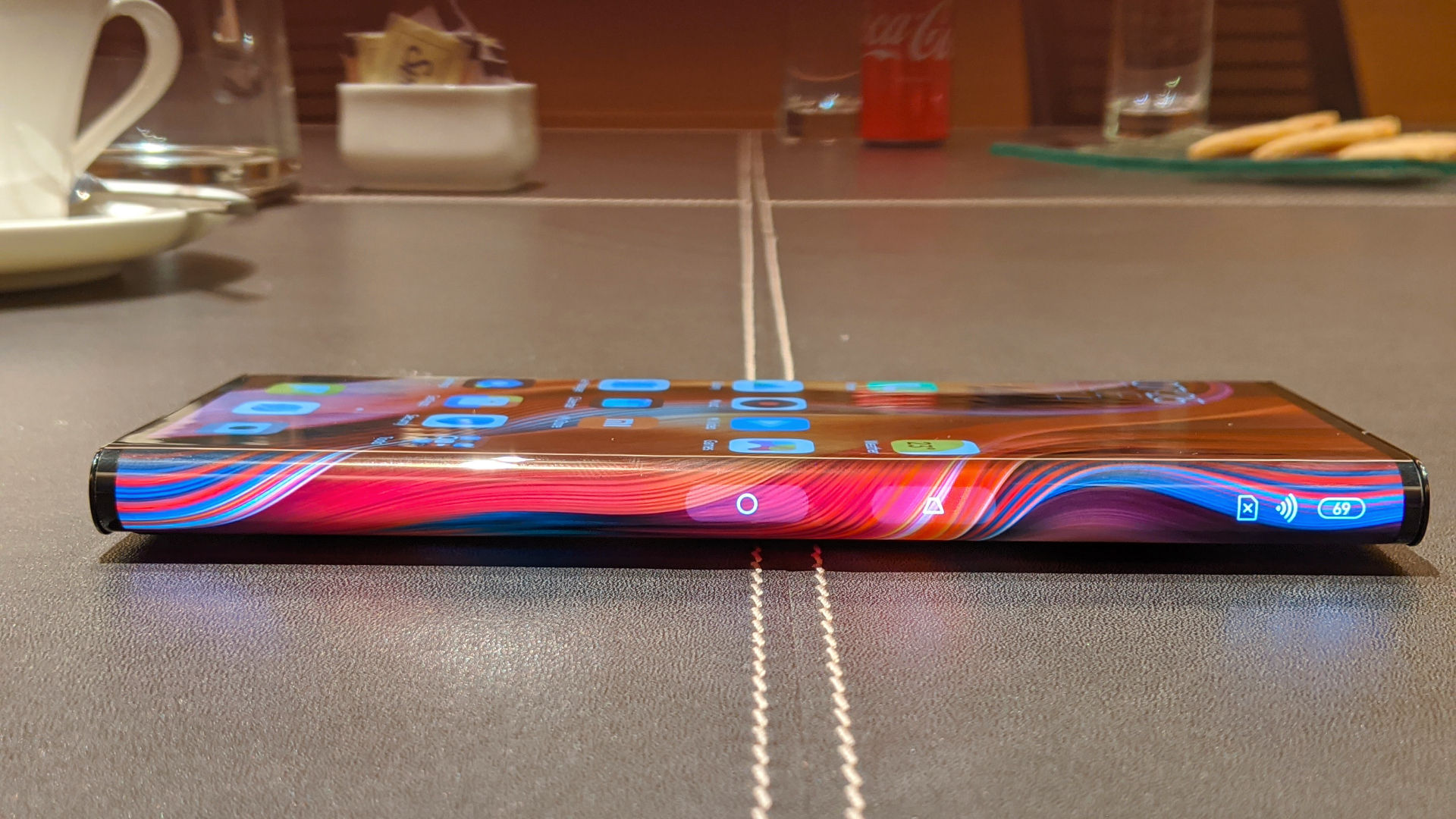 The Mi Mix Alpha is Xiaomi’s take on foldables to an extent, much like how the Mate X and Galaxy Fold are to a certain Huawei and Samsung. And the fact that it is a one hundred per cent original speaks volumes of what Xiaomi has been able to pull off here. Xiaomi, with its relative inexperience and extremely tight profit margins, has managed to do something out of the ordinary to stand toe to toe with giants like Samsung and Huawei.

The Mi Mix Alpha has minimal bezels on the top and bottom and ditches the physical side controls altogether. Instead, the phone has pressure-sensitive sides – there's a physical power button up top, just in case. For those in search of numbers, the “surround screen” on the Mi Mix Alpha, entails in a screen-to-body ratio of 180 per cent. That's the two screens – front and back – combined, I guess, else those numbers are ridiculous. Be that as it may, it’s not even funny, this thing is literally all screen. 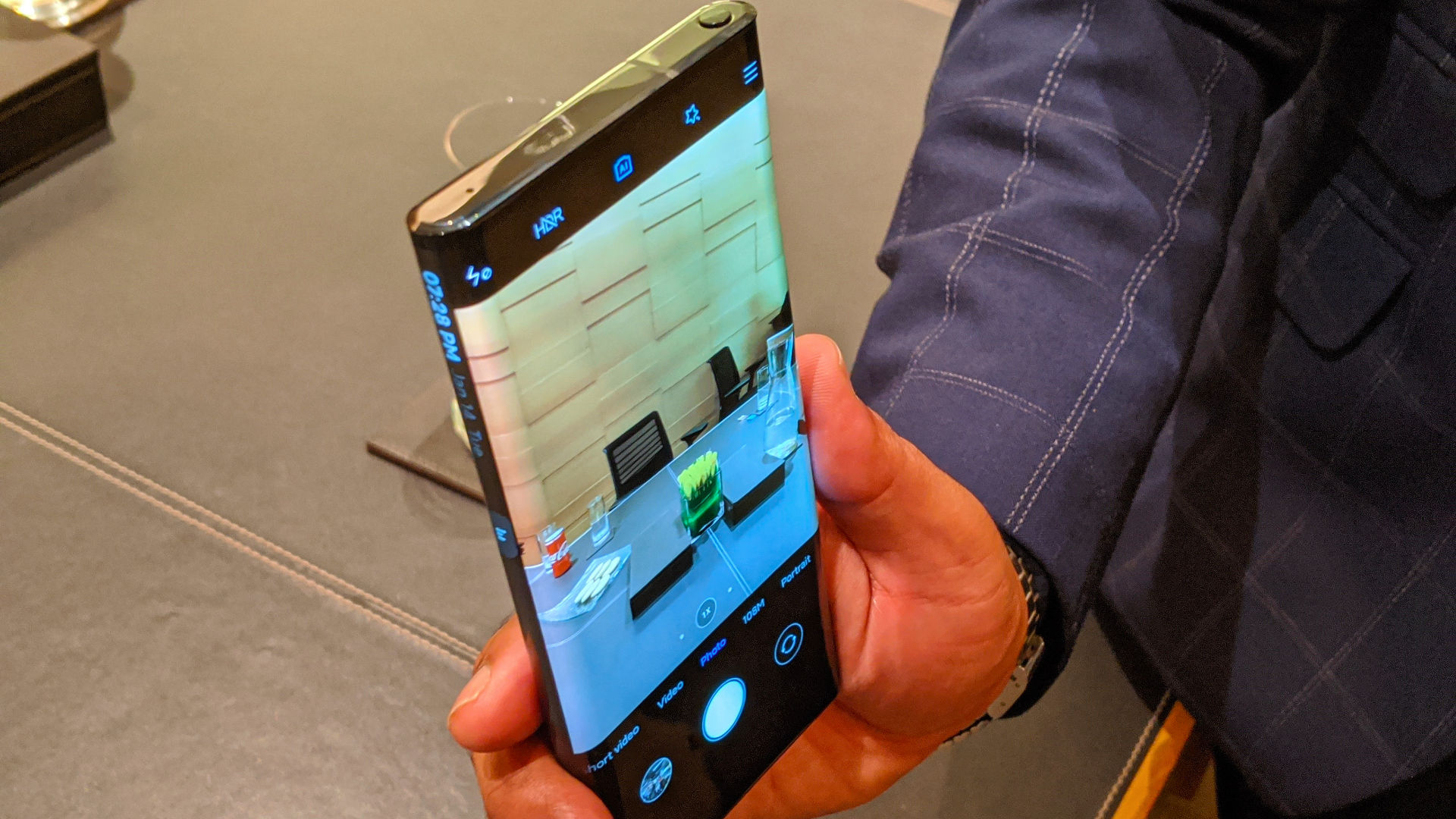 With so much screen real estate, one would assume it would be fragile, but Xiaomi says it is not. While the frame of the Mi Mix Alpha is carved out of aerospace-grade alloy, the back strip holding the cameras is made of ceramic – the cameras themselves are protected by sapphire glass.

Then there’s the underlying technology. The original Mi Mix was perhaps one of the first phones in the world to replace the proximity sensor and physical receiver earpiece with an ultrasonic solution. The Mi Mix Alpha is also based on a similar display acoustic technology and ultrasonic proximity sensor, only, because these have come through multiple renditions over the years, you can expect them to be far more superior. There’s also an in-display fingerprint scanner here for biometric authentication. 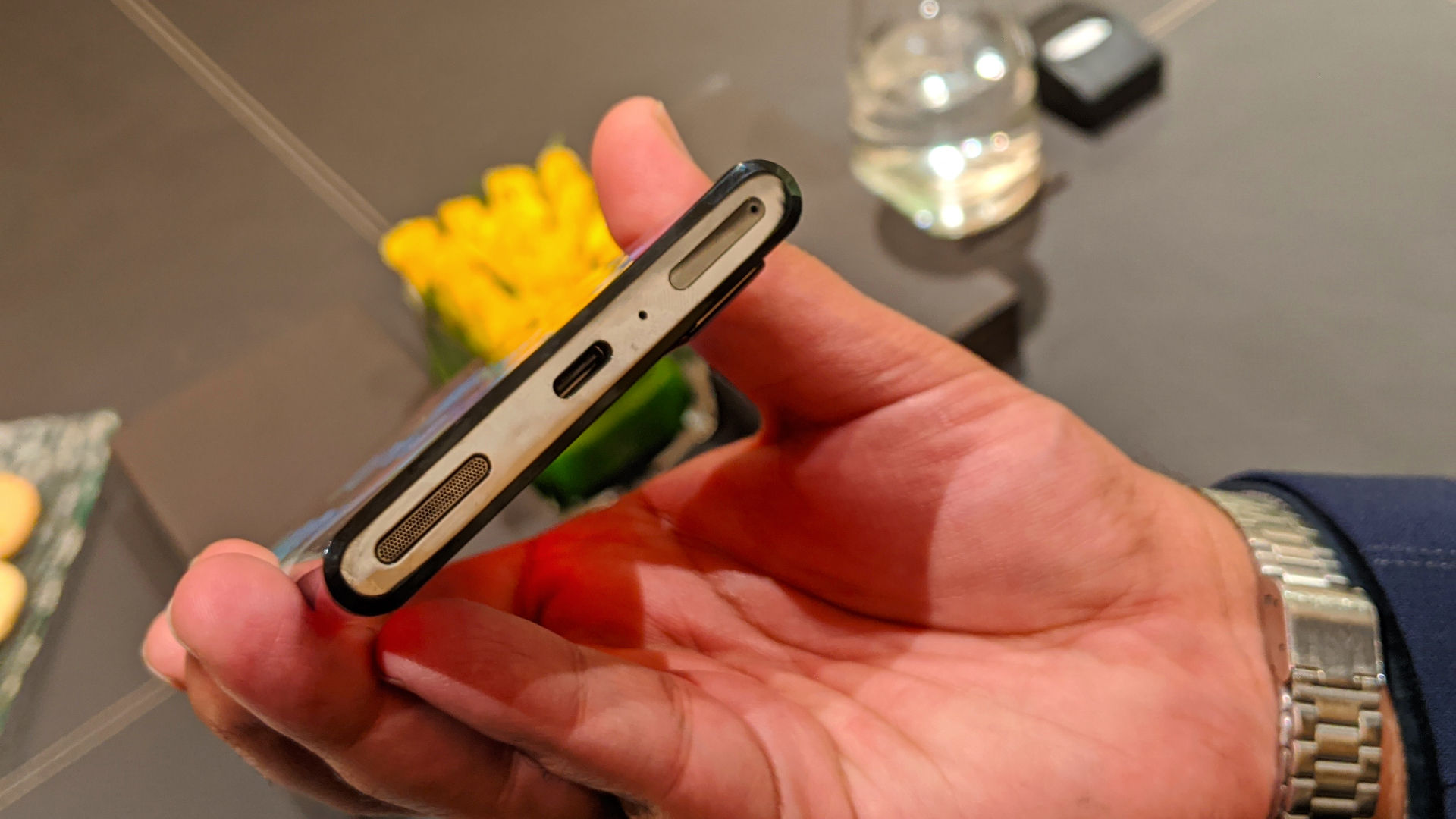 For connectivity, the Mi Mix Alpha uses Liquid Crystal Polymer (LCP) antennas. LCPs have a couple of unique advantages that make this tech desirable for a broad range of applications and devices ranging from car sensors to optical cables. The tech is said to offer consistent performance with minimal loss, and because it has a very low thermal expansion coefficient it can maintain stability across even at fluctuating temperatures. The 2020 iPhones are also expected to use this technology.

With so much engineering that has gone behind making the Mi Mix Alpha, it ought to have some killer specs too – and it does. The Mi Mix Alpha packs a Qualcomm Snapdragon 855+ processor paired with 12GB of RAM and 512GB storage, and a 4,050mAh battery with 40W fast charging out-of-the-box. 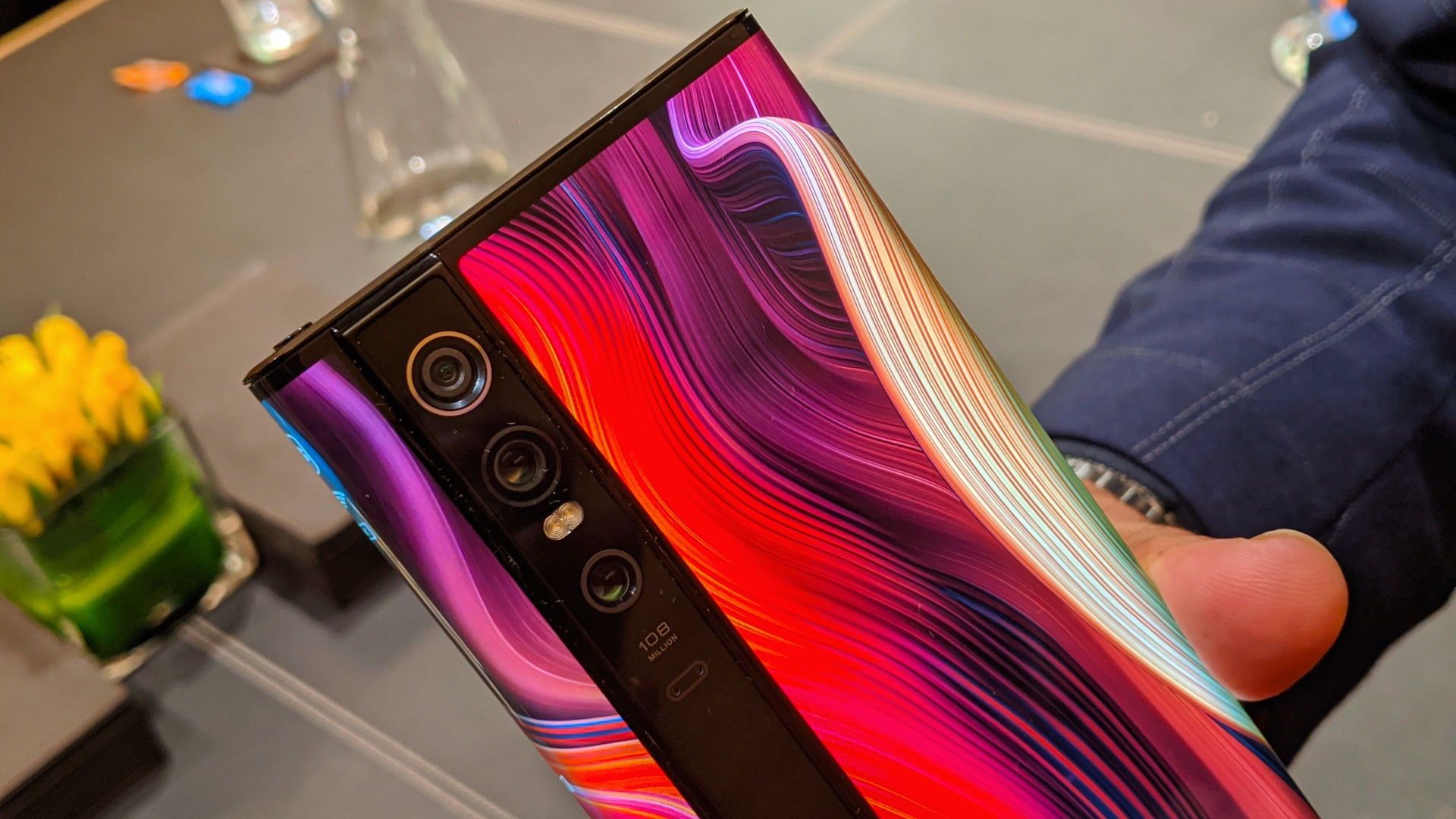 On to the optics, the Mi Mix Alpha has three cameras. There’s a Samsung 108MP ISOCELL Bright HMX image sensor – that shoots 27MP photos by default and uses software interpolation to produce high-resolution 108MP photos as and when required. This is paired with a 20MP wide-angle camera, and a 12MP telephoto camera.

Okay, remember how I said, I am not sure I fully understand the Mi Mix Alpha yet? Let me explain why that is. While all that wrap-around screen is surely something else – something different, something special – dig a little deeper and you realize, it serves no real-world purpose. Surely, Xiaomi can give you some use cases. The Mi Mix Alpha can show you the status and notifications on the sides, and it can auto switch your screen when flipped to take a photo for instance. Sensors and AI algorithms meanwhile can ensure ‘precise’ screen usage detection, deactivating inactive areas to avoid accidental touches. But while Samsung and Huawei have worked ‘extensively’ on the software side to make sure the Galaxy Fold and Mate X can make better use of all that ‘extra’ screen real estate, the Mi Mix Alpha – at least at this point of time – feels like, it’s not even trying to compete in the same race. And because Xiaomi did not personally allow me to experience the product in hand, I don’t have any reason to think otherwise. 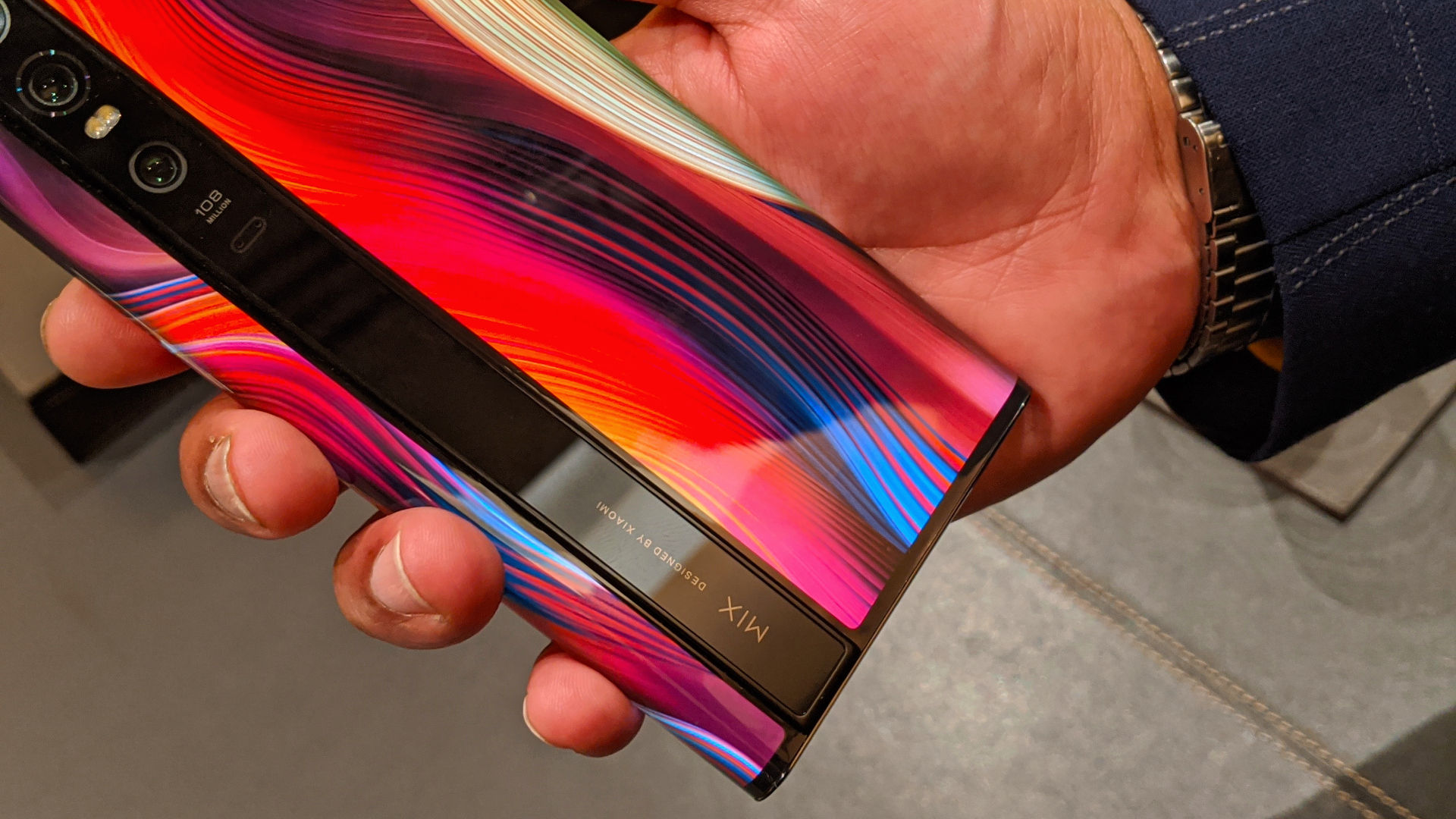 Maybe that was the plan all along. Remember, the Mi Mix Alpha was launched late last year, and it was supposed to go on sale in China in December. But that has been put on hold. We don’t know when sales will commence and even when they do, you can expect Xiaomi to sell only very limited numbers. Xiaomi is evaluating whether or not to bring the Mi Mix Alpha to India but if it does, and if you’re interested, chances are you may not even care about the nitty-gritties. Because this thing will sell basis on those looks alone – practicality be damned. It’s not like the Samsung Galaxy Fold or Huawei Mate X are perfect. At least, the Mi Mix Alpha looks different. As for pricing, the Mi Mix Alpha China pricing is CNY19,999 (roughly Rs 2 lakh).