Apollo 7, The First Crewed Space Mission Was Launched On This Day In 1968

On this day in 1968, first manned Apollo mission, Apollo 7 was launched by NASA with astronauts Wally Schirra, Donn Eisele and Walt Cunningham aboard.

On this day in 1968, first manned Apollo mission, Apollo 7 was launched by NASA with astronauts Wally Schirra, Donn Eisele and Walt Cunningham aboard. On a hot day at cape Canaveral, Apollo 7 had lifted off from Launch Complex 34 and achieved an elliptical orbit of 140 by 183 miles above the Earth. While conducting the 11-day orbit, Apollo 7 crew transmitted the first live television broadcasts from the space. 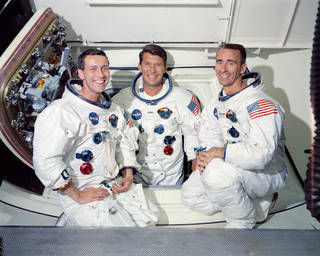 However, according to the NASA statement, allowing the live broadcast from the orbit had become a controversial issue. It was a last-minute decision to allow a 4.5-pound camera accompany the Apollo 7 crew that eventually made it possible for them to hold first of the seven television broadcasts on October 14. Even though the early pictures back in 1968 were crude, they marked a ground-breaking moment for the education of the public.

The main objectives of the Apollo 7 mission, as described by NASA, were to “demonstrate Command and Service Module (CSM) with crew performance, demonstrate mission support facilities' performance during a crewed mission and demonstrate Apollo rendezvous capability,  demonstrate live TV broadcasts from space.” The organisation also said that “Apollo 7 accomplished what it set out to do.”

While Apollo 7 was the first manned mission, on July 31, 1971, the Apollo 15 astronauts David Scott and James Irwin deployed the first Lunar Roving Vehicle (LRV) on Earth’s natural satellite. It was the first off-planet automobile ride that the astronauts too to explore the landing site which was Hadley-Apennine. The NASA astronauts on Lunar module ‘Falcon’ spent nearly three days on the Moon and in totality, the first rover, traversed at least 28 kilometres (17 miles) on the lunar surface. The Apollo 15 mission returned about 76 kilograms of moon rocks to planet Earth.

The deployment of the first LRV on the moon made the exploration and geological investigations at the landing site more enhanced. During this mission, Scott and Irwin not only completed a record of 18 hours 37 minutes of exploration but also became the first ones to travel 17.5 miles in the first car that humans have ever driven on the moon. 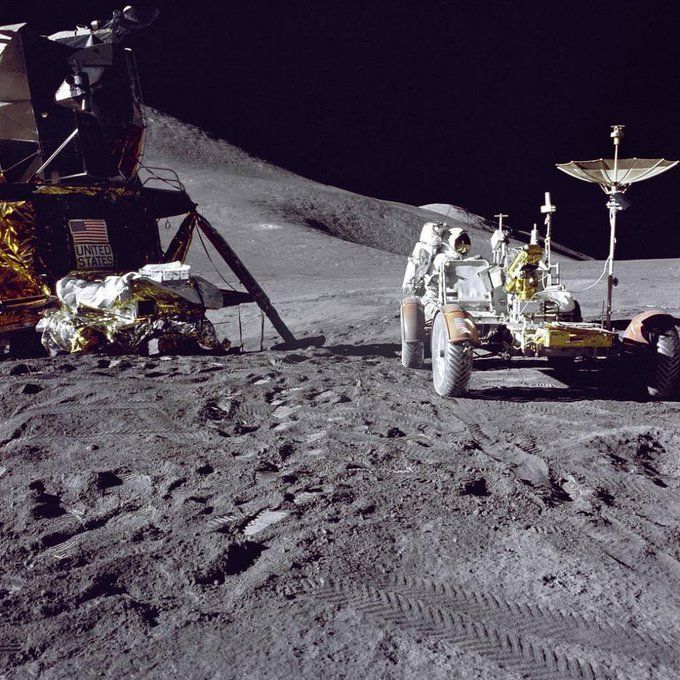 Read - Apollo 15 Astronauts Drove First Man-made Car On Moon On This Day In 1971, Details Inside