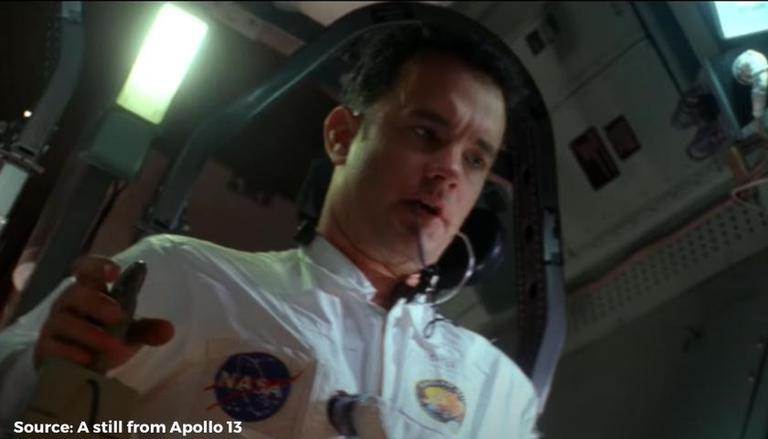 The space spectacle  Apollo 13 released in 1995 and gained much love from the audience. The famous “Houston we have a problem” became an iconic line from the movie. Fans loved the drama and the screenplay of the film due to which audiences were invested in the movie from the beginning itself. Over the years, the actors from the film have been praised for their work countless times due to the relevance they brought to their characters in spite of not being in actual space. The nail-biting story was inspired by a real-life space mission undertaken by NASA in 1970. The actors managed to do justice to their roles by perfecting their characters. Thus, here is an look at the cast and the characters played by the actors in Apollo 13.

Today marks the 50thAnniversary of the return flight of the incredible Apollo 13 mission to the moon where a catastrophic explosion in space nearly ended the lives of the 3 man crew. It was such an honor to participate in the beautiful Ron Howard film. A behind the scenes story many may not know. Ron asked me to audition for any role in the film - outside of Tom Hanks role. After reviewing the script, I chose the character of Ken Mattingly. (Spoiler Alert!) I appreciated the idea of Ken getting grounded and then coming back to help get the crew home safely. A great experience I will never forget. Today we celebrate the incredible team effort and what NASA dubbed “a successful failure”. . *Posing with Ken Mattingly in a replica of the 1970 shot with the original crew (in the second photo) - Jim Lovell (Left), Ken (Center), Fred Haise Jr. (Right)

Jim Lovell was a real-life astronaut who actually said the words “Houston we have a problem” back in 1970. Tom Hanks thus, plays the protagonist in the film by portraying the character of the veteran astronaut. Through the course of the film, the astronauts appear to be in space and thus transport the audience to the outer world. Prior to this film, Tom Hanks had received massive appreciation for his previous work in movies due to which audiences were excited to see him in this one.

Dear Internet- my beard loved its time with you. Hanx

Fred Haise was another astronaut who was on board during the space mission of Apollo 13. Bill Paxton in the past has been known to be a part of commendable films and therefore audiences looked forward to seeing him in Apollo 13 as well. The actor was praised for his role in the film by fans and critics alike. The struggle and determination showed by his character in the film resonated with the audience due to which he garnered massive praise from the general audience who watched the film.

Also Read | Did You Know Tom Hanks Paid For Portions Of 'Forrest Gump' Due To Shortage Of Finances?

Jack Swigert was another pivotal astronaut on the Apollo 13 mission. Kevin Bacon played his role and became a pivotal character for the film. The struggle of being stranded in outer space and the turmoil one went through was beautifully portrayed by the actor. He managed to win the praise of audiences who loved his performance in the film.

Good morning. Here’s a little #TBT for you to enjoy with your coffee. Did I mention I need coffee? Who else has been surviving on coffee in #quarantine?

Despite having a limited screen time in the film Apollo 13, Gary as Ken Mattingly managed to make a huge impact. The scenes in which Sinise featured made the audiences root for him. The role of the character was pivotal to the film and thus the actor helped to carry the story of the film with ease.

Hey Folks, 2019 was an incredible year of serving our defenders and their families, and I’d like to share the Gary Sinise Foundation Impact Video (link in bio). I simply can’t thank you enough for your continued support of our mission. We will never stop doing a little more for our freedom providers. God bless you all. I salute YOU!