Harvard Professor Claims 'aliens' Visited Earth In 2017, Believes More Is On Its Way

Harvard prof. Avi Loeb said that there was evidence of alien garbage known as ‘Oumuamua’ floating in space which presented the case for the alien technology.

In a shocking announcement, the chair of Harvard’s Department of Astronomy on January 3 confirmed the existence of intelligent life outside the planet as he claimed that a discarded alien space object flew past the Earth in 2017. In his book, Extraterrestrial: The First Sign of Intelligent Life Beyond Earth, Avi Loeb said that there was evidence of the alien garbage known as ‘Oumuamua’ floating in space which presented the case for the alien technology. The element wandered in the solar system in the direction of the star Vega, approximately 25 light-years away on Sept. 6, 2017.

According to Loeb’s book excerpts, humanity had its first sign of extraterrestrial life’s existence when a 400m space rock entered the solar system’s orbit. This, according to Loebe, wasn’t an asteroid but alien garbage. The mysterious Oumuamua rock in 2017 had caused a stir on October 19, 2017, after it was detected by the University of Hawaii’s Pan-STARRS1 telescope at Observatory on Haleakala, Maui, funded by NASA’s Near-Earth Object Observations (NEOO) Program. The cigar-shaped rock was blazing past in the universe with the speed of 196,000 mph (87.3 km) and was first classified as a comet or an asteroid by NASA scientists. 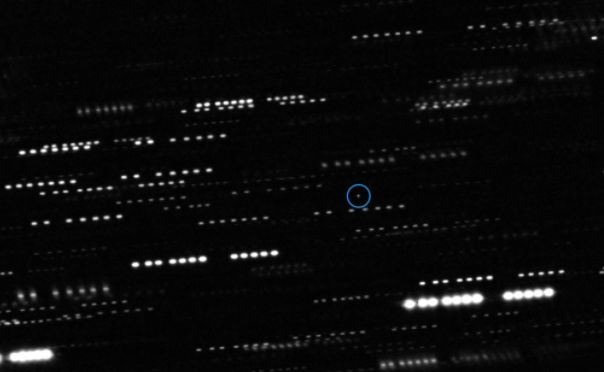 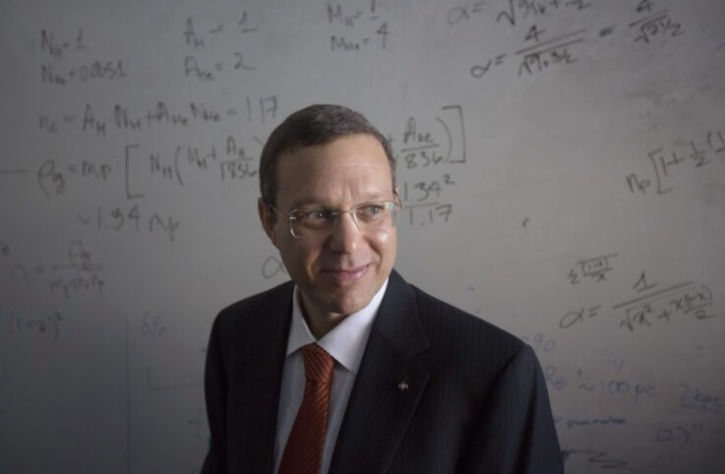 “What would happen if a caveman saw a cellphone?” he asked. “He’s seen rocks all his life, and he would have thought it was just a shiny rock,” Loeb wrote in his book published on January 26, 2020.

The Harvard professor wrote that the presence of glistening metallic alien junk in space pushed humanity to run the risk to discover the unknown and open mind to another possibility, which the humans weren’t ready for, yet. The 400m space rock was a discarded tech from an alien civilization, the Harvard professor explained. Oumuamua’s geometry had puzzled scientists and the brightness of the object varied every 8 hours, a phenomenon never previously observed in a space body before.

“Object 1I/2017 U1 ‘Oumuamua’ was ten times more reflective than typical solar system [stony] asteroids or comets,” the author said in the book.

Meanwhile, publisher Houghton Mifflin Harcourt and scientists at Harvard-Smithsonian Center for Astrophysics (CfA) argued that the extraterrestrial object projected an unusual acceleration and used strange propulsion for "light sail” in space using solar energy. Somewhat, like intelligent extraterrestrials’ advanced digitized tech. Similarly, the US Department of Defense had earlier released declassified videos leaked by an organization co-founded by former Blink-182 singer Tom DeLonge, claiming that the footage showed the unidentified flying objects (UFOs). The clips were first published by the New York Times and were filmed by two navy fighter pilots above the Pacific Ocean. The Pentagon later confirmed in a tweet that the US DOD [Department of Defense] footage and aerial phenomena witnessed by the naval fighter pilots were authentic.

Read: NASA Shares Stunning Images From 2020 That Unfold Complexities Of Earth From Space

Read: Russia To Launch Over 30 Non-military Commercial Projects And Space Missions In 2021

WE RECOMMEND
Alien isolation system requirements: How to play this game on your device?
Aliens exist on Mars and Trump knows about it, claims Israel’s former space chief
Scientists receive first potential signal from exoplanet 51 light-years away: Study
Aliens in 2020: Pentagon report on UAP to UFO sightings in UK, 10 speculations this year
Fact check: Were Bill Gates and Dr. Anthony Fauci roommates in college?