The images were captured during the course of the previous year by a fleet of NASA's Earth-observing satellites and instruments on the ISS.

American space agency NASA, on the last day of 2020, shared stunning images of planet Earth from the "cosmic vantage point". The images were captured during the course of the previous year by a fleet of NASA's Earth-observing satellites and instruments on the International Space Station. NASA shared the beautiful pictures on Instagram, giving us a chance to take a glance at 2020 through the lens of its satellites.

"In the vastness of the universe, the life-bringing beauty of our home planet shines bright," NASA captioned the post, which has since garnered nearly 1 million likes. The pictures, taken by the "robotic scientists" that orbit Earth constantly and provide crucial information to researchers on the ground, showcasing some of the devastations, wonders, and exceptions 2020 had to offer.

Stunning images of Earth from space

This picture shows the beautiful Ili river Delta Oasis in Southeastern Kazakhstan in all its natural-colour. The picture was taken from the Operational Land Imager (OLI) on Landsat 8 on March 7, 2020. The image shows the ice on Lake Balkhash breaking up to reveal the shallow sandy bed and swirls of sediments in the western part after the end of a chilly winter. This picture shows a dangerous storm approaching the southern coast of the United States against the bright city lights. The picture was taken from the Visible Infrared Imaging Radiometer Suite (VIIRS) on NOAA-20 on August 26, 2020, as Hurricane Laura approached the southern coastline at 2:20 am. Hurricane Laura caused major disruption in the United States earlier last year as it was dubbed one of the ten worst storms to ever make landfall in the country. This picture is from January last year when Australia was battling to control the massive wildfire that had engulfed the country since November 2019. The picture taken from the Moderate Resolution Imaging Spectroradiometer (MODIS) on NASA’s Aqua satellite on January 4 shows thick smoke-filled skies with bright white patches of clouds. 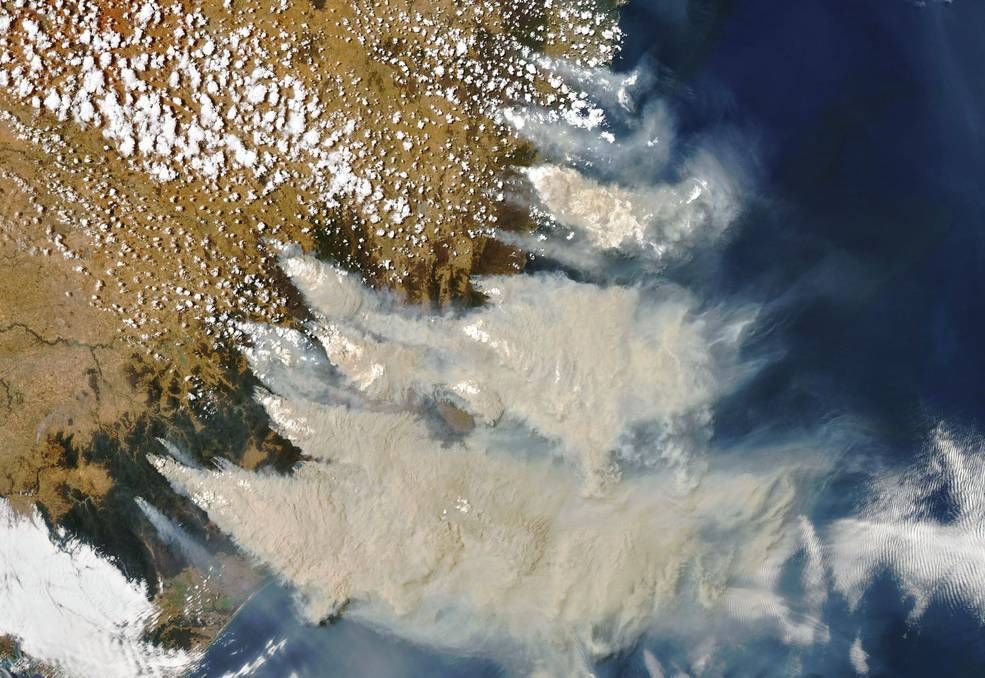 This picture captures the COVID-19-induced shutdown in China's central Hubei province, where the disease is believed to have originated in December 2019. The picture was taken from the Visible Infrared Imaging Radiometer Suite (VIIRS) on the NOAA–NASA Suomi NPP satellite on February 4, days after China announced a lockdown in Wuhan. 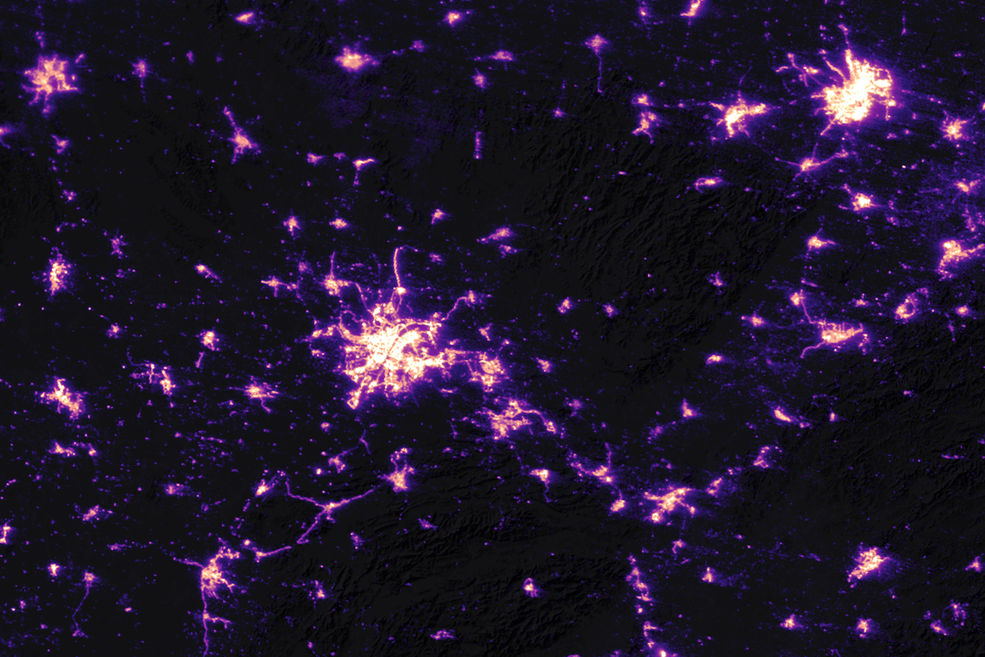 This picture shows the false-colour image of the parched Parana River near Rosario, Argentina. The image was taken from the Operational Land Imager (OLI) on Landsat 8 on July 3 and it aims to shows the drop in water level to its lowest in decades due to warm weather and drought. The drought has affected the region since early 2020, and low water levels have grounded several ships, and many vessels have had to reduce their cargo in order to navigate the river. Read: 'Step Outside, Look Up': NASA Shares Stunning Image Of 'Wolf Moon', Explains What It Is

This picture showcases the historic devastation caused by the wildfire in the western United States. The image shows North America on September 9, 2020, as a frontal boundary moved into the Great Basin and produced very high downslope winds along the mountains of Washington, Oregon, and California. The winds triggered more extreme fires and as a result, a thick blanket of smoke covered the west coast. WE RECOMMEND
NASA says Golden Gate Bridge-sized asteroid will pass by Earth in early Jan
'Step outside, look up': NASA shares stunning image of 'Wolf Moon', explains what it is
NASA astronauts recreate iconic ball drop tradition in space with their own twist | Watch
NASA, United Nations pledge to support peaceful uses of space under new agreement
NASA shares image of how the great conjunction looked like from Moon; Have a look