Ever felt shocked of how 'life-like' robots look? This does not make it easier. Scientists from Cornell University have designed a robotic hand which can sweat

Ever felt shocked of how 'life-like' the latest robots look? This does not make it easier.

Scientists from Cornell University have recently designed a robotic hand that can sweat, as per international reports. In a bid to cool down the robotic components due to repetitive action, scientists have reportedly given the hand the ability to sweat. The hand is equipped with fingers for gripping objects which allegedly generates heat.

How does the robotic hand 'sweat'?

The team lead by T.J Wallin has designed hydrogel materials in the construction of the fingers  which reportedly sweats when it reaches a specific temperature. Reports state that once the heat generated by the hand touches 86 degrees Fahrenheit, water is slowly squeezed out of the synthetic “pores”, thus making the robot 'sweat'. Wallin has stated in a statement that ' biology provided an excellent guide for us as engineers'. 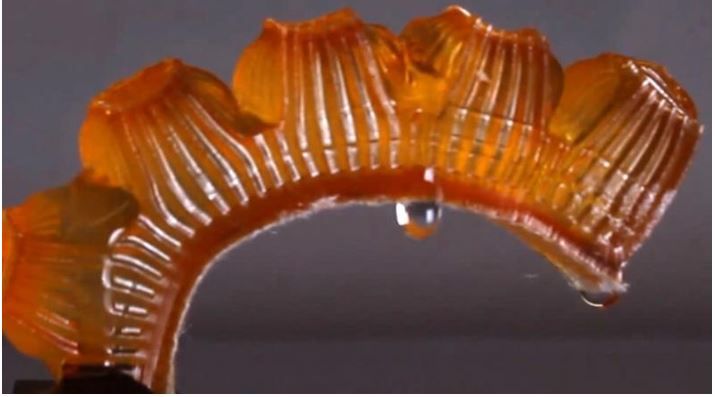 Meanwhile, recently a Vancouver resident - Jonathan Tippett set a Guinness World Record on Tuesday when he built the world's largest tetrapod exoskeleton. Dubbed Prosthesis - the 3.96 m (12 ft 11 in) tall, 5.1 m (16 ft 8 in) long and 5.51 m (18 ft 1 in) wide robot towers over its maker - Tippett. The robot which is made of 1,600 kg Chromoly steel tubing took 13 years to build, according to Guinness.

Speaking about what inspired Prothesis, Tippett said, "I wanted to build a machine that celebrated the age-old pursuit of physical mastery and human skill. I combined it with modern technology to create an entirely new sport," in an interview with Guinness. The video shows the towering machine ambling slowly while being operated by a pilot.

What is Prosthesis' features?

At the heart of the machine is a 36 kWh lithium-ion battery pack that powers the robot, according to Tippett. The battery reportedly runs two AC electric motors which drive two hydraulic pumps and provide fluid flow to the hydraulic cylinders. While the machine cannot be operated remotely, the cylinders pack  12000 pounds of force each, explains Tippett.