An unusually super-hot exoplanet, 50 times the size of earth, has been discovered orbiting around one of the most ancient stars in the Milky Way galaxy. 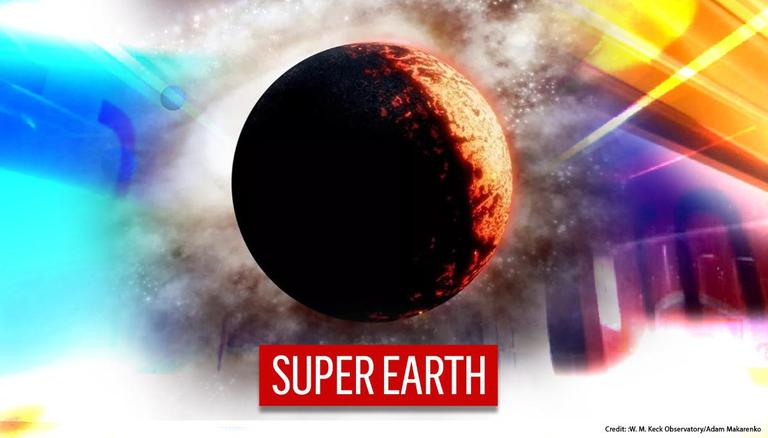 An unusually super-hot exoplanet has been discovered orbiting around one of the most ancient stars in the Milky Way galaxy. The findings were published in the Astronomical Journal and were presented to the American Astronomical Society for review. Naming it as TOI-561b, astronomers said that the exoplanet had an average temperature of over 3,140 Fahrenheit, making it impossible for any life form to survive on it.

Researchers also revealed that although the planet’s density is similar to that of earth, the recently discovered planet is fifty times its size. They also said that TOI-561b whips around its star at a very close distance, resulting in the extremely high temperatures. In addendum, the “extremely old” planet is also one of the most metal-poor planets in the Milky Way. It the first rocky world around a galactic thick-disk star confirmed with thermal emissions.

“For every day you’re on Earth, this planet orbits its star twice,” the study's co-author and an astrophysicist at the University of California Stephen Kane said stressing that its orbit lasts 12 hours.

Researchers confirmed their findings by using W. M. Keck Observatory High-Resolution Echelle Spectrometer. Commenting on the same, Kane said that it was a surprising find as because it is expected that the density would be higher. “This is consistent with the notion that the planet is extremely old,” he added.

As per the lead author of the study Lauren Weiss, "Its existence shows that the universe has been forming rocky planets almost since its inception 14 billion years ago."

"This planet formed at a time when the majority of stars in our galaxy were first beginning to shine," Weiss said at the conference on Monday.

On January 12, NASA left the internet stunned by sharing an image of a galaxy located ten billion light-years away. Posted on the official Instagram page of NASA’s Chandra X-ray Observatory, the image features galaxy cluster IDCS J1426. “Want a beautiful space picture as a new background  wallpaper for your phone or tablet?” NASA wrote sharing a downloadable link of the picture. The American Space Agency repeatedly shares multiple pictures and video clips of its discoveries.