“Let's protest for a new wave of popular uprising that will pave way for fully civilian and democratic rule,” a statement by Sudan group that led march read. 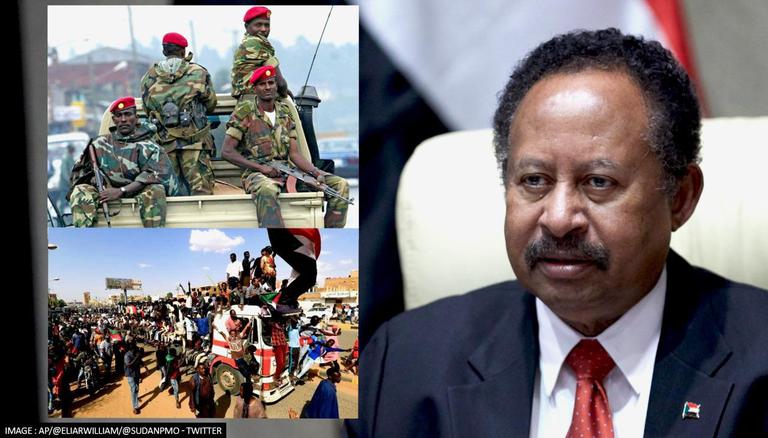 
Thousands of Sudanese protesters on October 21 marched in rallies on the streets of the capital Khartoum against the transitional civilian-military government of Prime Minister Abdalla Hamdok, as the opposing factions also protested in military government’s support, escalating rivalries just outside the presidential palace. The Sudanese Professionals Association, which had summoned pro-democracy rallies nationwide, said in a statement cited by Associated Press, that Sudan security forces had attacked protesters near the country's parliamentary headquarters in order to disperse the crowd. Several were admitted to the nearby hospitals.

Footages broadcasted by the Sudanese press on Thursday depicted huge crowds of people demonstrating across different parts of the Capital rejecting the military rule on the anniversary of the 1964 October Revolution, a popular Sudanese uprising that toppled the dictator Abbud's military regime and instated the freedom of the press and of expression and safeguarded the independence of the judiciary within the North African nation.

“Let's mark with our protests a new wave of popular uprising that will pave the way for a fully civilian and democratic rule,” an official statement by the group that led the civilian rule protests read, according to Associated Press.

Protesters chanted slogans against General Abdel Fattah al-Burhan, the head of the armed forces and Sudan's joint military-civilian Sovereign Council, as they waved Sudanese flags and set the vehicle tires on fire in defiance to the military rule. The marches were in response to the support groups that earlier last week led demonstrations vowing support for the military and asking it to initiate a coup to seize power. The opposing faction chanted "one army, one people" and "the army will bring us bread.”

Thursday's demonstrations, one of the largest witnessed in Sudan, accused military General Abdel Fattah Al-Burhan of being loyal to President Omar al-Bashir who was removed from power in 2019. Several coalitions of rebel groups and political parties in Sudan have since then aligned themselves to the military accusing the civilian political parties of mismanagement. But protesters, who were met with heavy tear gas on Thursday in the city of Omdurman, demanded that the leadership must be handed to the civilian regime.

In a statement, the Sudanese resistance committees said that they were revolting against the power-sharing agreement and were demanding a total civilian and democratic rule in the country. The protests came despite the Sudanese military’s promise of holding democratic elections at the end of 2023. Prime Minister Abdalla Hamdok, who heads the government of the power-sharing agreement with the military reportedly said that he was in discussions to find a peaceful resolution to such issues.