Belarus: Thousands Of Women Protest Against Lukashenko Demanding His Resignation

Hundreds of Belarusian women coalesced in country capital Minsk asking ‘authoritarian’ president Alexander Lukashenko to step down from his position.

Hundreds of Belarusian women coalesced in country capital Minsk asking ‘authoritarian’ president Alexander Lukashenko to step down from his position. In a show of defiance, the women banged pans and pots as they marched through the city. Anti-Government Protests, which have now entered their second month have intensified in the recent days.

#Belarus Day 32 of the protests. Women came out to the streets. It takes two plainclothesmen to detain a young woman,while another four stand nearby. I thought the authorities have some limits and female rallies would continue. No,yesterday and today, women were brutally detained pic.twitter.com/odc89gorUA

Photographs and videos that have emerged on the internet show woman being pushed back by riot police. Many other feature women from all social-economic background taking to streets. A particular video that has made headlines show women trying to scare away the riot police by screaming collectively.

Belarus protests began last month after Lukashenko was announced to have won the presidential election despite his unpopularity. The authoritarian leader has served 26 years in office and protesters believe that the election was rigged, thereby have rejected the results. 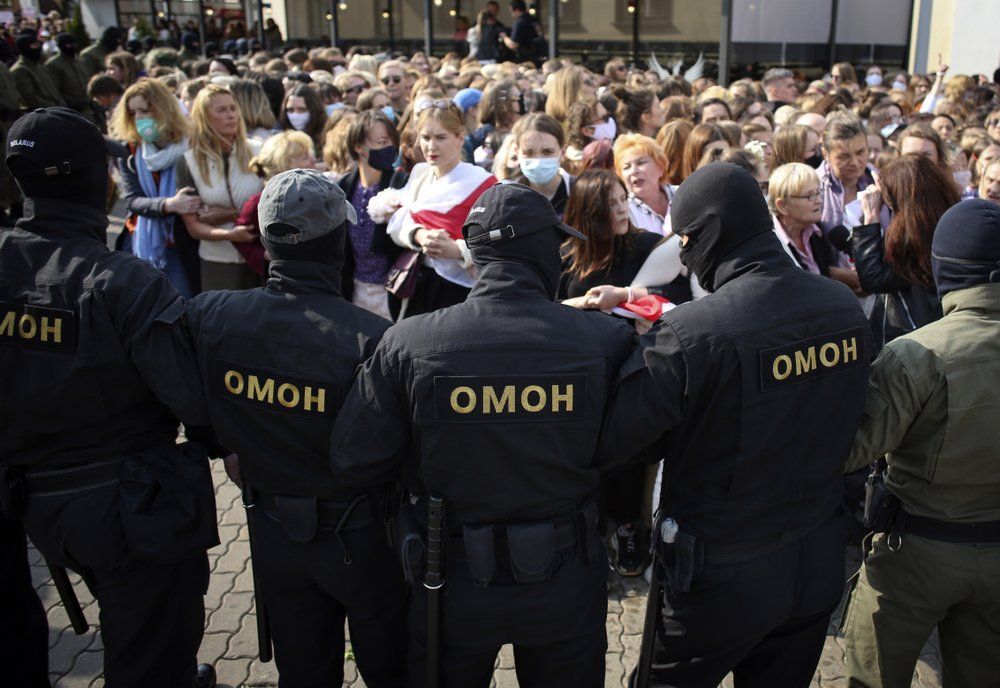 As the demand for change intensifies and reaches the factories that are the pride of Lukashenko, the authoritarian ruler has announced that he would leave fr Russia soon. The recent unrest in Belarus has led some of the largest and longest-lasting public demonstrations in the country’s history with scores of protestors, activists and even journalists being detained by the authorities. Russia, in the past, has extended support to the authoritarian president and it is believed that Lukashenko is travelling to Russia in order to strengthen his relationship with with Kremlin.

As per reports, Lukashenko will leave for Russia on September 14 wherein he will hold talks with Russian President Vladimir Putin. On Friday, as many as nine protestors were reported to have been arrested in the Belarusian capital of Minsk. Protestors have also been detained in the cities of Vitebsk, Gomel and Baranovichi, according to the Viasna human rights centre in Minsk.

Sviatlana Tsikhanouskaya, the main opposition leader who went up against Lukashenko in the elections has been forced to flee the country after threats and is currently residing in Poland.