British PM Boris Johnson on Thursday will host a virtual Global Vaccine Summit in which over 50 countries and organisations will participate including India. 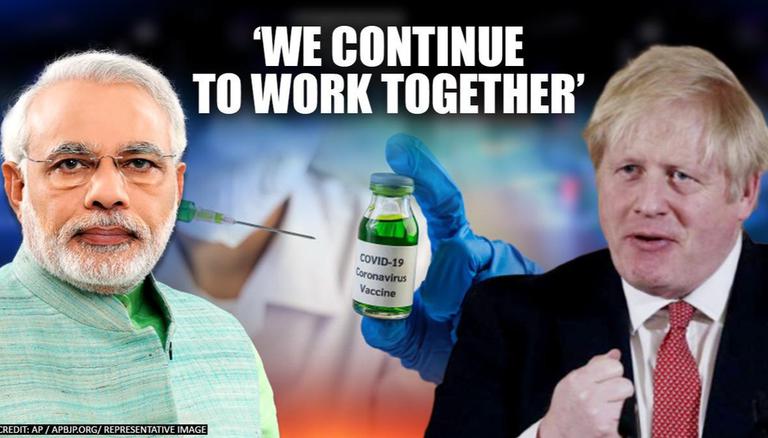 UK Prime Minister Boris Johnson on Thursday will host a virtual Global Vaccine Summit in which over 50 countries and organisations will participate including India. PTI quoting organisers of the summit said Prime Minister Narendra Modi or a high-level Indian representative is expected to participate live or with a pre-recorded message along with at least 35 heads of state or government at the event.

The event aims to raise at least USD 7.4 billion for Gavi, the Vaccine Alliance, in additional resources to protect future generations with vaccines and reduce disease inequality. "The response we have had from India is very positive. India's participation in Gavi and in supporting the (coronavirus) vaccine cannot in any way be underestimated and we continue to work together," said Lord Tariq Ahmad, UK Minister for South Asia and the Commonwealth.

"It is an established fact that 50% of the world's vaccine production is currently in India, which makes it an important partner in that area," said the Pakistani-origin UK minister, who has a dual role as a minister in the Foreign Office and Department for International Development (DfID).

In 2014, from being a recipient country of Gavi, India became a donor country and has contributed around USD 12 million to date. "It is a notable achievement for India that it has become a supporter and that demonstrates the steps India has taken in recent years. When we look at the scale of production which India has of vaccines, it will be an important partner in ensuring a large number of vaccines are readily available in an equitable fashion," Ahmad said.

READ | BJP MLAs told me 'all is not well' with Yediyurappa-led govt, claims Siddaramaiah

Gavi, the Vaccine Alliance, is a United Nations-backed organisation which coordinates vaccinations across the world. The virtual summit this week comes against the backdrop of the University of Oxford's fast-track trials for a potential vaccine to protect against coronavirus. However, it has a wider remit as the UK hopes it would help raise the funds required for Gavi to vaccinate over 300 million children against infectious diseases in the world's poorest countries over the next five years.