Scientists discovered organic material and water on tiny ‘grain’ of Itokava collected by the JAXA mission with ESA's participation in JAXA’s Hayabusa mission.

In a breakthrough discovery, scientists have detected water and organic matter on the surface of an asteroid dubbed as ‘Itokava’. The study was documented in the journal Scientific Reports. The sample from the asteroid was collected by Japan Aerospace Exploration Agency’s (Jaxa) first Hayabusa mission in 2010. It is for the first time ever that the raw life components have been found on an asteroid. The new finding is crucial in the scientific research about the history of the Earth, as until now, scientists focused only on the carbon-rich C-type asteroids. But now it is being made clear that perhaps the water and organic matter that originated on Earth may have come from the asteroid itself.

The space-borne infrared observatory AKARI, extinselvely observed asteroid Itokawa last month with its Infrared Camera. However, it was the tiny ‘grain’ of Itokava collected by the JAXA mission with ESA's participation in JAXA’s first Hayabusa mission in 2010 that led to the stunning discovery. The water component was detected by researchers from Royal Holloway, University of London, who noted that the asteroid was found evolving in similar ways to Earth for billions of years. This was because the celestial object incorporated liquid and organic material, scientists said in a release. “The Hayabusa mission was a robotic spacecraft developed by the Japan Aerospace Exploration Agency to return samples from a small near-Earth asteroid named Itokawa, for detailed analysis in laboratories on Earth” scientist at Department of Earth Sciences at Royal Holloway, Queenie Chan said in the release.

Congratulations to the Hayabusa asteroid sampling mission! If you haven’t heard, Japan has successfully landed a probe on asteroid 25143 Itokawa and collected samples in flawless execution. Still don’t believe asteroid mining is around the corner? Join us: https://t.co/DRkuJDTezN

An international team of researchers led a detailed analysis of the sample grain dubbed as ‘Amazon’ which was found to have preserved both primitive and processed organic matter inside itself. “These findings are really exciting as they reveal complex details of an asteroid’s history and how its evolution pathway is so similar to that of the prebiotic Earth”, scientist Chan said in the study. The discovery is expected to fetch fruitful results for studying the samples of other asteroids such as the ones brought back by Jaxa’s Hayabusa2 mission that accumulated regolith from asteroid Ryugu last year. 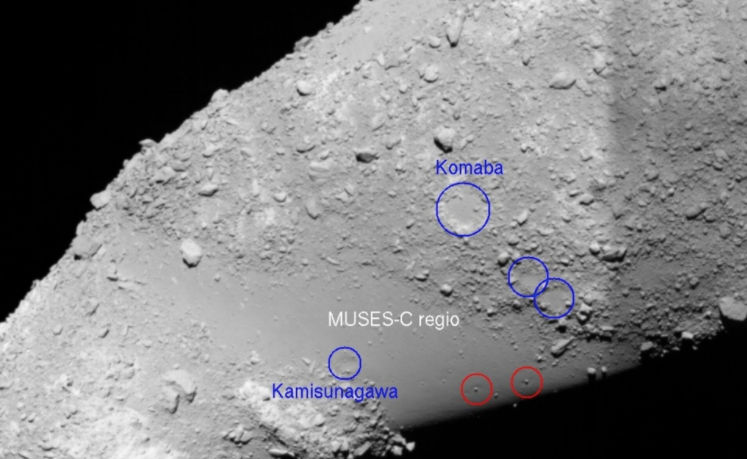 Read: NASA Astronauts Work On Solar Array Upgrade As A Part Of A 7-hour-long Spacewalk: Watch