Iranian President Ebrahim Raisi said at a joint press conference with his Tajik counterpart Emomali Rahmon that a “new chapter” is emerging in their relations. 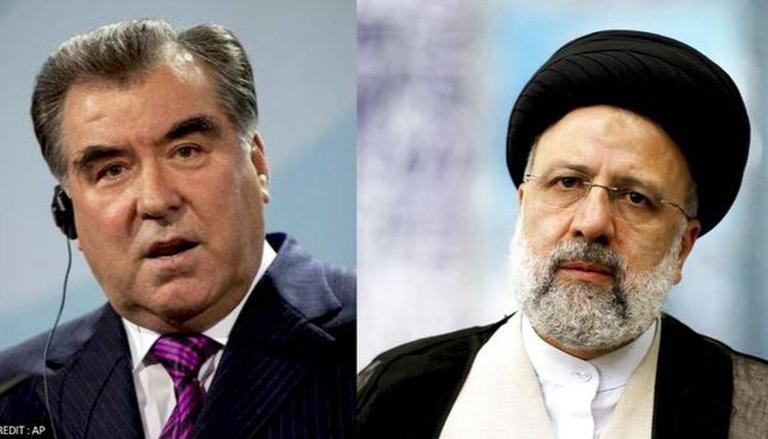 
Iranian President Ebrahim Raisi said on September 18 at a joint press conference with his Tajikistan counterpart Emomali Rahmon that a “new chapter” is emerging in the relations between both nations. Raisi, who visited the Tajik capital Dushanbe, described the cooperation agreements signed during the trip as proof of their will to broaden the bilateral ties. As per the official website of Iran government, Raisi said, “What is more important than the written agreements is the two countries' will and decision to develop relations in various fields.”

Raisi also said, “A new chapter in the relations between the two countries is taking place and I hope this visit will be a turning point in Tehran-Dushanbe relations and cooperation."

Further, Raisi also referred to the history of Iran-Tajik relations following the victory of the Islamic Revolution but emphasised the need for a plan to use all the capabilities of the countries to elevate the ties. He said, “The trade and economic capacity that exists today between Iran and Tajikistan is not acceptable and this capacity must be developed to reach the acceptable level.”

“The two countries also have good grounds for cooperation in the field of cultural and arts,” he added.

Tajik and Iran’s views on Afghanistan are close: Raisi

Notably, Iranian President Raisi said that Tehran and Dushanbe share similar views regarding the situation unfolding in Afghanistan. He said, “Both countries believe that the interference of outsiders in Afghanistan has caused a lot of problems for the country and that the outsiders must be driven out.” He also stressed that outsiders could not create or provide security for Afghanistan and said, “The issue of Afghanistan must be resolved by the people of this country and with the cooperation of neighbouring countries and countries in the region that feel responsible towards Afghanistan, and our cooperation with Tajikistan and Afghanistan's neighbours can pave the way for Afghans to determine their own destiny.”

Iranian president’s official website quoted Raisi as saying, "We believe that the problem of Afghanistan should be solved by the Afghans themselves. A dialogue between Afghans should be formed, of course, by facilitating and preparing the space for the Afghans to make their own decisions.”