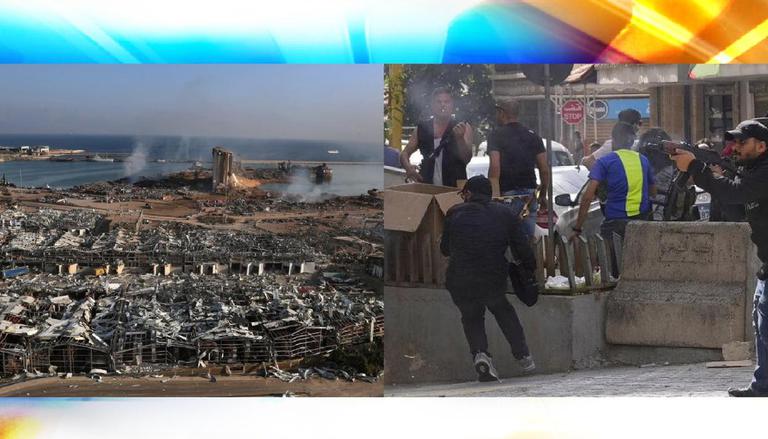 
At least six Shi'ite protestors were killed in a gunfire attack that broke out during protests against a judge leading the probe into the last year's Beirut Port blast. The incident took place near the Central Tayoneh-Badaro area in the country's national capital, Beirut. Another 32 demonstrators were injured in violent clashes in the streets of the Lebanese capital as tension escalated on October 14. The protest was called by the Iran-backed Hezbollah group.

Hezbollah and Shia allies from the Amal movement had launched a peaceful protest outside the main court building, Palace of Justice, demanding the removal of judge Tarek Bitar over accusations of favouritism and bias. The peaceful protests took a violent turn as Christian snipers from Lebanese Forces aimed at the crowd leaving six dead and several injured, BBC reported quoting Hezbollah members. The claim has, however, been denied by the Lebanese Forces.

Judge Bitar is the second judge leading the complex investigation into a warehouse blast thank killed hundreds of people last year. The previous judge was removed from the case on legal charges. As per an Associated Press report, the judge has been accused by opposition leaders of allegedly politicising the investigations into the Port blast by questioning and charging few and leaving out others.

Accusations against Bitar came after he called two men-- Ali Hassan Khalil, a former finance minister and Ghazi Zaiterz a former public works minister-- on charges of negligence by investigators. Both the Members of Parliament (MPs), denying any wrongdoings had filed complaints against Judge Bitar that led to a halt in investigations. However, the Lebanon apex court dismissed all allegations against the judge and allowed him to resume work.

Around 219 people died and some 7,000 were injured in the blast that shook the country in August 2020. The explosion caused by illegally stored ammonium nitrate in a warehouse in Beirut left around 250,000 people homeless further deepening the economic crisis in the country.

READ | Beirut: At least 3 killed in gunfire amid protest over port explosion probe

A year after the colossal blast, Lebanon continues to grapple with hyperinflation, poverty, energy crisis and frequent electricity outage. Repeated protests in the capital city have pushed the country into a deeper crisis. No one has been held accountable for the explosion so far.