The newly resumed Disney Springs borrowed a couple of stormtroopers from the Star Wars Galaxy’s Edge as it remains closed due to the coronavirus pandemic.

While the Walt Disney World is set to reopen four of its Orlando theme parks starting July 11, the newly resumed Disney Springs borrowed a couple of stormtroopers from the Star Wars Galaxy’s Edge as it remains closed due to the coronavirus pandemic. In order to avoid congregations from the visitors, a pair of First Order stormtroopers stationed at the Ever After Jewellery Co. & Accessories and Kiehl's balcony shouting “keep moving” to ensure social distancing to stem the COVID-19 outbreak.

In a video that emerged online, the stormtroopers could be heard complimenting wearing the protective face coverings, explaining the male Banthas, elephants with two spiral horns from desert planet Tatooine in the Star Wars universe to the public in the loudspeakers. One of the troopers then recommends, “I'm going to need you to move one male Bantha's length away, please.” To which the second one replies, “Roger that." In the clip, the trooper then can be heard yelling at a guest saying, "Hey, you! With the face-covering!" To which the other points out, the visitors were all mostly with one. 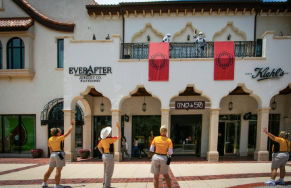 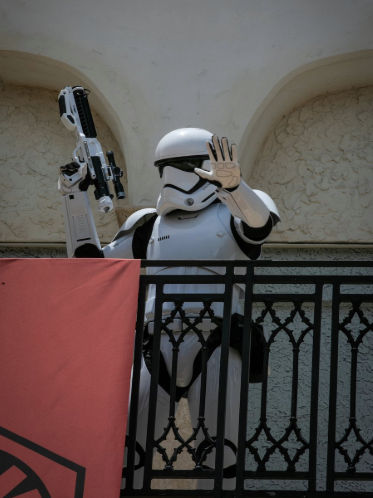 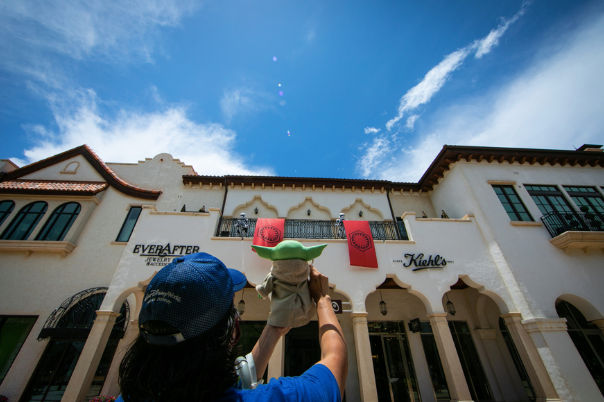 As per Disney’s website, troopers have been stationed in an effort to weed out members of the Resistance. "If you do see them, it’s probably best to snap a photo from afar and 'move along,' as Stormtroopers may not appreciate you getting too close, "the Disney Park blog wrote. "And, if you’re feeling particularly brave, sport some of the Resistance gear you may have picked up on a visit to Batuu! Of course, if you’re more of a First Order sympathizer and want to fly those colours, well, the Stormtroopers will appreciate that, I’m sure,” the blog further warned the visitors of the patrolling without safety.

Not only did the iconic World of Disney store open this week, but we’ve also spotted some special visitors from a galaxy far, far away. Keep an eye out for First Order Stormtroopers patrolling the area during your next visit to Disney Springs! Details: https://t.co/29maemjOEj pic.twitter.com/F951fQyeiY

Earlier this week, Disney announced on the website that it is set to reopen four of its Orlando theme parks starting July 11 as per the guidelines presented to Orange County officials. Further, it added, the visitors and staff members had to compulsorily wear protective masks. All guests will get their temperatures checked upon arrival, and capacity at the parks will be reduced to stem the spread of the disease due to public gathering, the update read.