Wu Wen, a giant panda, who was loaned to a dutch zoo by China has given birth marking the first for the Netherlands, international media reported.

The first-ever giant panda was born in the Netherlands on May 1. According to Ouwehands animal park, the mother, Wu Wen mated a male Panda in January and "conceived the baby" naturally. The cub belongs to China just like both its parents, which were loaned to the European nation for a period of 15 years in 2017.

'Both are doing well'

In a statement, the zoo confirmed that both, mother and her cub were healthy and were currently staying in the maternity den. It added that the baby panda was conceived naturally. Meanwhile, while commenting on the name of the cub, the Zoo's owner Marcel Boekhoorn reportedly said whether it is a male or a female, the cub's gender will remain a “surprise for the time being." He added that as of now both of them have been left alone and it would only be after it comes out of the maternity den, they'll be able to decipher the cubs' gender.

a Panda is born
in Ouwehand Zoo, Rhenen !https://t.co/ShL9w01IPQ… 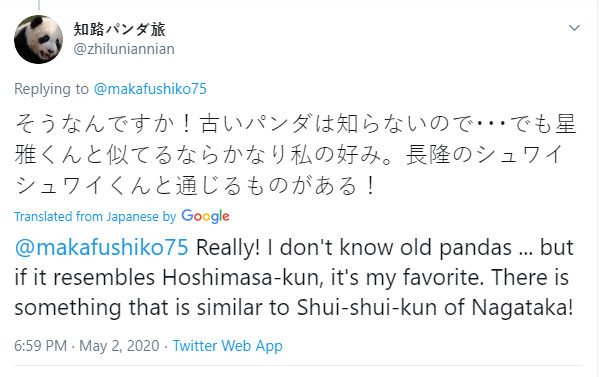 The giant panda is the rarest member of the bear family and among the world's most threatened animals. Giant pandas are found only in the wild in China where their habitat is continuously shrinking. However, since 2016 they are no longer considered in the danger of extinction but remain "vulnerable".

Read:  'Find The Panda In The Picture’: Here's The Answer To This Difficult Riddle